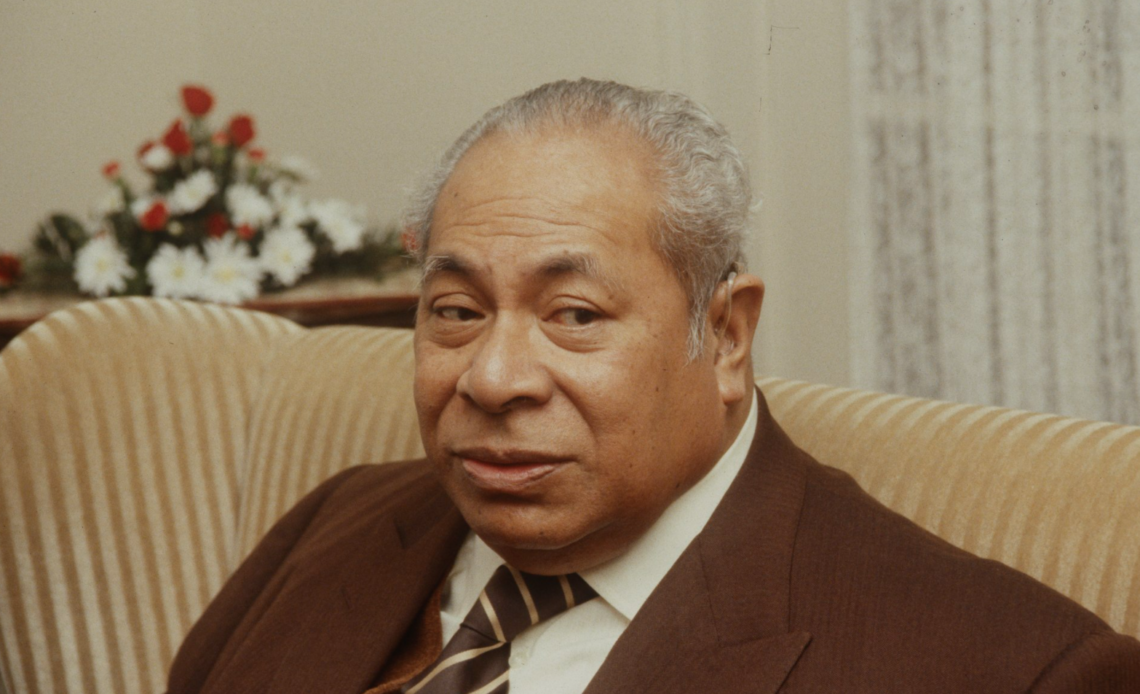 By Comet Photo AG (Zürich) - This image is from the collection of the ETH-Bibliothek and has been published on Wikimedia Commons as part of a cooperation with Wikimedia CH. Corrections and additional information are welcome., CC BY-SA 4.0, https://commons.wikimedia.org/w/index.php?curid=100328984

The Tongan royals have denied allegations that the late monarch covered up the murder of an Australian horse trainer.

They reject the allegations that King Taufa’ahau Tupou IV covered up the murder of Australian George Brown close to four decades ago.

Brown died in 1984, and his body was found burnt inside a car near Sydney.

In a statement released by the Tongan Royal Family, the palace said: “The Palace Office strongly denies any possible connection to His Late Majesty and Tonga as alleged in the stories.”

Australia’s Herald Sun newspaper reported that police had been given a statement alleging late bookmaker Bill Waterhouse hired two Tongans to retrieve a down deposit paid to Brown to fix a race the previous week. It was further stated that the Tongans “went too far and killed the trainer.” It was further reported that the late monarch had the Tongan nationals return to Tonga.

Bill Waterhouse was the consul-general to Tonga from 1970 to 1995 and had a strong influence over the Australian racing circuit through the Waterhouse dynasty. His daughter, Louise, took over his role as consul-general in 1995.

Mr Waterhouse’s widow, Suzanne, also denied the allegations, “There is no truth to the stories with regard to my late husband nor with regard to His Late Majesty and the people of Tonga.”

Police in New South Wales have offered a $1million reward for information that helps to solve the case.

King Taufa’ahau Tupou IV reigned over Tonga from 16 December 1965 until his death on 10 September 2006. He previously served as Prime Minister of Tonga from 1949 to 1965. His son is currently on the Tongan throne.

Tupou IV’s son, George Tupou V, took over the throne upon the death of his father; he reigned until his death on 18 March 2012. George Tupou V’s younger brother, ʻAhoʻeitu Tupou VI, is now the monarch.