The prince who might have been King of Ireland 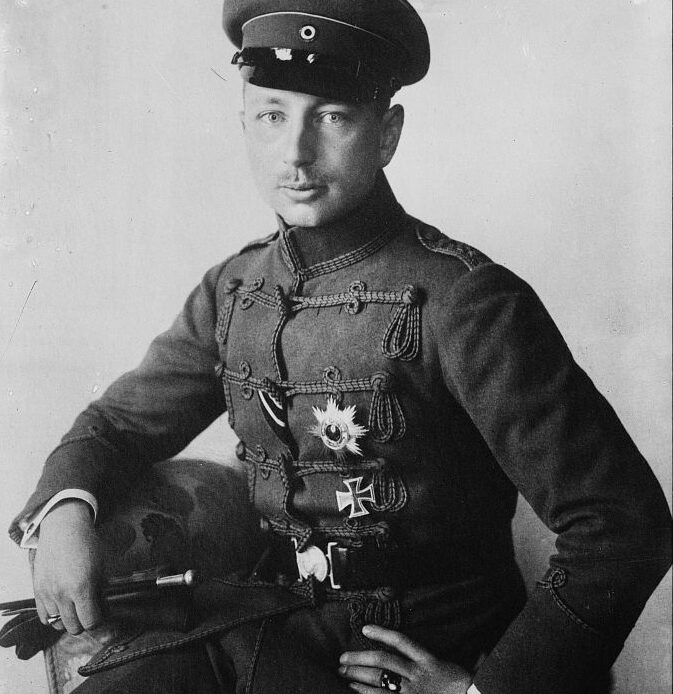 Prince Joachim of Prussia may have found himself a king had history worked out differently. Today, on the 100th anniversary of his death, let’s take a look back at the life of the man who might have been King of Ireland.

Prince Joachim Franz Humbert of Prussia was born 17 December 1890, the youngest son of Kaiser Wilhelm II and his first wife, Augusta Victoria. He was Kaiser Wilhelm’s youngest son and sixth child, so found himself at the bottom of the line of succession to his father’s throne.

He grew up to be a soldier, fighting for Prussia in the Imperial German Army, earning the rank of second lieutenant of the First Regiment of Foot Guards while also serving, at one point, with the Grenadier Guards.

During the Easter Rising in Dublin in 1916, Irish rebels looking to gain independence from British rule and to create an Irish republic considered the idea of installing another monarch, specifically a German prince, onto the throne of an independent Ireland, and Prince Joachim’s name was floated around for consideration.

Prince Joachim was considered for many reasons, but one of them was that he did not speak English and would thus have to learn to speak Irish and may be able to promote the language on the international stage. Irish rebels Patrick Pearse and Joseph Plunkett also knew that if Germany won the First World War, a German-speaking prince was likely to take over a throne of Ireland to keep the country into the fold.

In Desmond Fitzgerald’s memoirs, the Irish revolutionary wrote that Prince Joachim becoming the King of Ireland “would have certain advantages for us. It would mean that a movement for de-anglicisation would flow from the head of the state downwards, for what was English would be foreign to the head of the state. He would naturally turn to those who were more Irish and Gaelic, as to his friends, for the non-nationalist element in our country had shown themselves to be so bitterly anti-German…

“For the first generation or so it would be an advantage, in view of our natural weakness, to have a ruler who linked us with a dominant European power, and thereafter, when we were better prepared to stand alone, or when it might be undesirable that our ruler should turn by personal choice to one power rather than be guided by what was most natural and beneficial for our country, the ruler of that time would have become completely Irish.”

However, the Easter Rising failed, and any potential plans for Prince Joachim to assume a theoretical throne were squashed.

It wasn’t Prince Joachim’s last tease of potentially occupying his own throne. In 1917, following the Russian Revolution, his name was considered to rule over the newly-independent Georgia by the country’s representative and other royalists. This, also, did not turn into anything serious, and Prince Joachim was to remain a prince for the rest of his life.

Prince Joachim married Princess Marie-August of Anhalt in 1916 and had one son, Prince Karl Franz Josef Wilhelm Friedrich Eduard Paul of Prussia, born later that year. The couple would secretly divorce in 1920, though the reasons have never been publicly revealed.

Just days before the end of the First World War, with the German Empire in unrest and about to collapse, Kaiser Wilhelm II abdicated his throne and ended 500 years of the House of Hohenzollern’s reign over Prussia.

Prince Joachim reportedly fell into a deep depression following his father’s abdication and lamented the loss of his royal status. On 18 July 1920, Prince Joachim committed suicide and died at the age of 29.