Taking a look at Zarzuela Palace 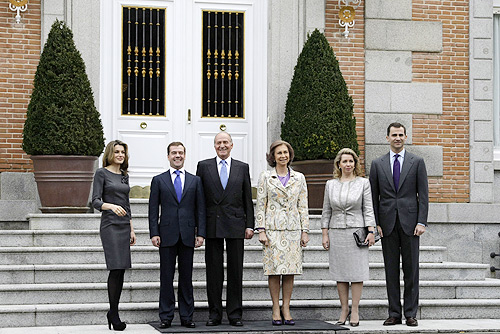 By Kremlin.ru, CC BY 4.0, Wikimedia Commons

Today we’re looking at the history of the Palace of Zarzuela, which is the home of King Felipe, his wife, Queen Letizia, and their two daughters, Princess Leonor and Infanta Sofía; as well as King Juan Carlos and Queen Sofía.

Construction began on Zarzuela Palace back in the 1600s, though the then-King Felipe IV meant for it to function as a hunting lodge or country palace instead of an official residence. It was built over a period of eight years, between 1627-1635, and its name is thought to come from the word for ‘brambles’ – ‘zarzas’ – as it sat on the edge of Madrid near the King’s Hunting Grounds.

The architect, Juan Gómez de Mora, designed Zarzuela Palace in the baroque style and was inspired by villas owned by Andreas Palladio, according to a Spanish info website. The palace is a two-storey rectangular building.

Other designers helped work on the design of the building and added new elements. Alonso Carbonell added a slate roof, arched galleries, and added outdoor elements including an Italian garden, fountains, terraces, a vegetable garden and a tree nursery.

The artworks on display at Zarzuela Palace were created by two men: the sculptures by Bartolomé Zumbido and the paintings by Simón López.

Zarzuela Palace was updated in the 1800s to the style befitting King Charles IV. According to Hello!, it was modified to incorporate tapestries and porcelain, and clocks, because the King was obsessed with them.

After the Spanish Civil War, the building was torn down and rebuilt to its original structure. The garden was also remade to what they would have looked like in the 17th century.

In 1962, following their marriage, Prince Juan Carlos and Princess Sofía moved into Zarzuela Palace and stayed there throughout the early years under the rule of military dictator Generalísimo Francisco Franco.

After the dictator’s death in 1975, the then-reigning monarch and his wife decided to stay at Zarzuela Palace instead of moving to the Palace of El Pardo, which Franco had inhabited and is part of the complex that includes Zarzuela.

King Juan Carlos decided instead to keep the Palace of El Pardo earmarked for foreign visitors who came calling and stayed at Zarzuela through his abdication. He and Queen Sofía still live there, along with the current King.

Before he became king or was married, Felipe lived in a 3,150 square-metre home on the grounds of Zarzuela called The Prince’s Pavilion, which he still occupies with his family. The mansion has 11 bedrooms and nine bathrooms, as well as offices and meeting areas,  to conduct business.

It can be a little confusing: Zarzuela Palace is commonly referred to as the King’s residence, but the Royal Palace of Madrid is actually listed as the official residence of the King, though only state business is conducted there. And it turns out that the family actually inhabits a mansion nearby Zarzuela.

At Zarzuela, King Felipe and Queen Letizia have offices on the first floor and an audience room where they receive official guests. Photographs are often taken of these meetings and released by the Royal House on their website and social media channels. 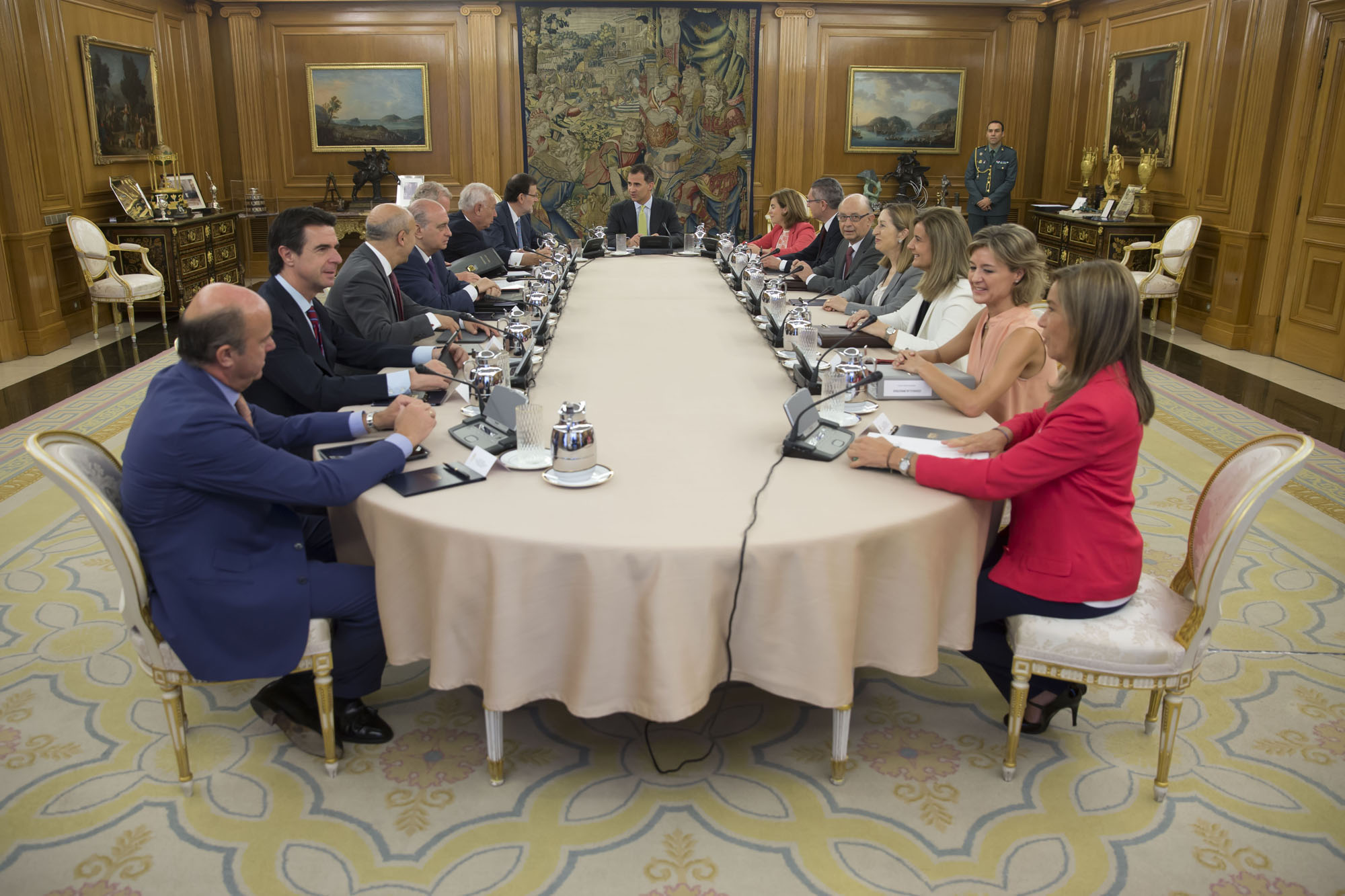 By Ministry of the Presidency. Government of Spain, Attribution, https://commons.wikimedia.org/w/index.php?curid=72185453

And if you’re wondering about the second floor, then you just have to wait for the holiday season: King Felipe delivers his annual Christmas address from a large room covered in red décor on the second floor of Zarzuela Palace.

Zarzuela Palace is not open to the public for tours and is owned by the Spanish State and administered by the Patrimonio Nacional (National Estate), which runs “19 palaces, monasteries, royal convents and annexed buildings” on behalf of the Spanish monarch.