Remembering the tragedy that devastated Sweden’s royals, 75 years on 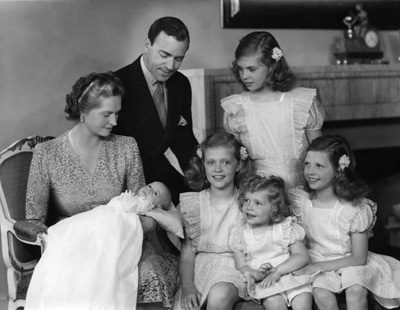 The Swedish Royal Family will mark a sad anniversary on January 26th 2022. It is the 75th anniversary of the death of Prince Gustaf Adolf of Sweden, eldest son of the later King Gustaf VI Adolf. The Prince, second in line to the throne of Sweden at the time of his death, was the father of Carl XVI Gustaf, the current King of Sweden, and his four sisters.

Prince Gustaf Adolf was killed in an airplane crash in the afternoon of 26 January 1947 at Kastrup Airport, Copenhagen, Denmark. The prince, along with two companions, was returning to Stockholm from a hunting trip and visit to Princess Juliana and Prince Bernhard of the Netherlands.

The delayed KLM flight from Amsterdam had landed at Copenhagen for a routine stop before continuing to Stockholm. Soon after the Douglas DC-3 aircraft took off, it climbed to an altitude of about 50 meters stalled, and plummeted nose-first to the ground, where it exploded on impact. All 22 people aboard the plane were killed. Also aboard the flight was American singer and actress Grace Moore and Danish actress Gerda Neumann. An investigation found that, short of time, the plane’s captain had failed to perform the final pre-flight check list properly and took off not realizing that a gust lock on an elevator was still in place.

At the time of his death, Prince Gustaf Adolf had been second in line to the Swedish throne behind his father, the Crown Prince, who in 1950 became King Gustaf VI Adolf. The younger Prince Gustaf Adolf was succeeded as second in line by his only son, Prince Carl Gustaf, who at the time was only 9 months old. He would would later succeed his grandfather in 1973 as King Carl XVI Gustaf.

The public calendar of the Swedish royal family does not say anything about the king commemorating the day in any special way. One can presume that some members of the family will during the day visit the tomb of Prince Gustaf Adolf who is buried on Karlsborg Island in Solna alongside his wife, Princess Sybilla, who died in 1972.