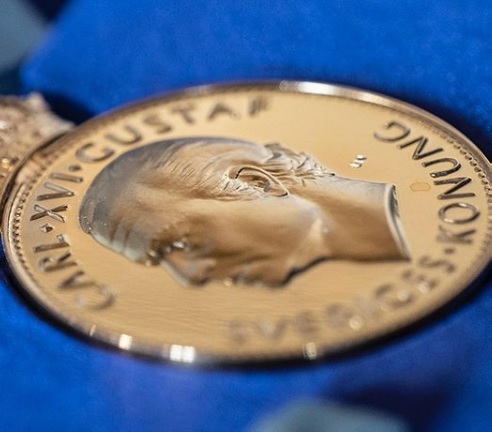 His Majesty King carl XVI Gustaf of Sweden has presented “His Majesties The King’s Medal” and “Litteris et Artibus” awards at a ceremony in the White Sea Room at the Royal Palace in Stockholm.

At the medal ceremony, on September 13th 2021, the awards were handed to the people who were officially awarded medals by the King on Sweden’s National Day, June 6, back in 2020. Her Majesty Queen Silvia of Sweden also attended the medal ceremony.

His Majesties The King’s Medal, formerly known as the Court Medal, from the first half of the 19th century is awarded for special merits in society. The medal Litteris et Artibus was established in 1853 and is awarded for outstanding artistic contributions in mainly music, stage production and literature.

A total of 24 men and woman received His Majesties the King’s Medal. Some of the most notable included County Governor Anders Danielsson, for outstanding initiatives in Swedish public administration and Professor Gunnel Engwall, for meritorious contributions within the Swedish university system. Author and professor Leif G. W. Persson, was recognised for outstanding educational efforts as a criminologist and Priest Marika Markovits, for meritorious social efforts. Director Bob Persson, for outstanding initiatives in Swedish business, was also honoured alongside many others.

Swedish royal medals are awarded mainly to Swedish citizens by His Majesty the King for outstanding contributions to society and also as a memory of significant people or important events. In contrast to the cross shape of the orders, the Swedish medals are round or oval. On the front they often have a picture in relief and on the back there is a text, which indicates the purpose for which the medal was awarded.