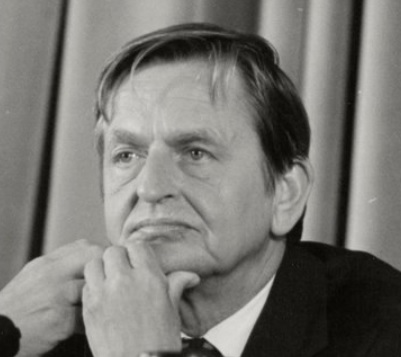 Swedish police have named the man they believe killed Olof Palme, the country’s Prime Minister, who was assassinated in 1986. Mr Palme, who served twice as Premier of Sweden, was shot on February 28th 1986. Swedish police now believe long time suspect Stig Folke Wilhelm Engström, also known as The Skandia Man, was responsible for the murder of the country’s Prime Minister.

Stig Engström killed himself in 2000. As a result, the country’s top prosecutor says that the case is now closed.

Engström had long claimed to be an eye witness to the killing. He was named as a potential suspect by journalist Thomas Petersson after his death. ‘Skandia Man’ referred to his job with the insurance firm, Skandia. He was working late on the evening of the murder at offices close to where Olof Palme was killed.

On Friday, 28 February 1986, at 23:21 CET, Olof Palme, Prime Minister of Sweden, was fatally wounded by a single gunshot while walking home from a cinema with his wife, Lisbet Palme, in central Stockholm. The Prime Minister died shortly afterwards. The couple did not have bodyguards with them. The killing, 34 years ago, is Sweden’s largest ever investigation. Although several were suspected, the police failed to find the murderer. A man called Christer Pettersson was convicted of the killing but that conviction was overturned quickly.

In this case, more than 10,000 people have been questioned by the police and this is one of the most extensive murder investigations in the world’s history. And a gun belonging to King Carl XVI Gustaf has a strange place in this inquiry. For the Swedish monarch received a 357 Magnum, Smith & Wesson model revolver as a gift from the King of Jordan in 1982. It was the same type of gun that police believe was used to shoot Olof Palme. In 1986, an order was issued to test all the guns of this type, 357 Magnum, in the whole Stockholm County to try to find the murder weapon. However, the king’s gun was exempt.

During the assassination of Prime Minister Palme, the entire Swedish royal family was outside Stockholm. They were on a ski holiday in Storlien in the middle of Sweden, about 8 hours by car from the Swedish capital. A national alarm was triggered in Sweden after the murder and the King and his family were brought back to Stockholm the following morning. Members of the royal family, including King Carl Gustaf and Queen Siliva, attended Olof Palme’s funeral a few days later.