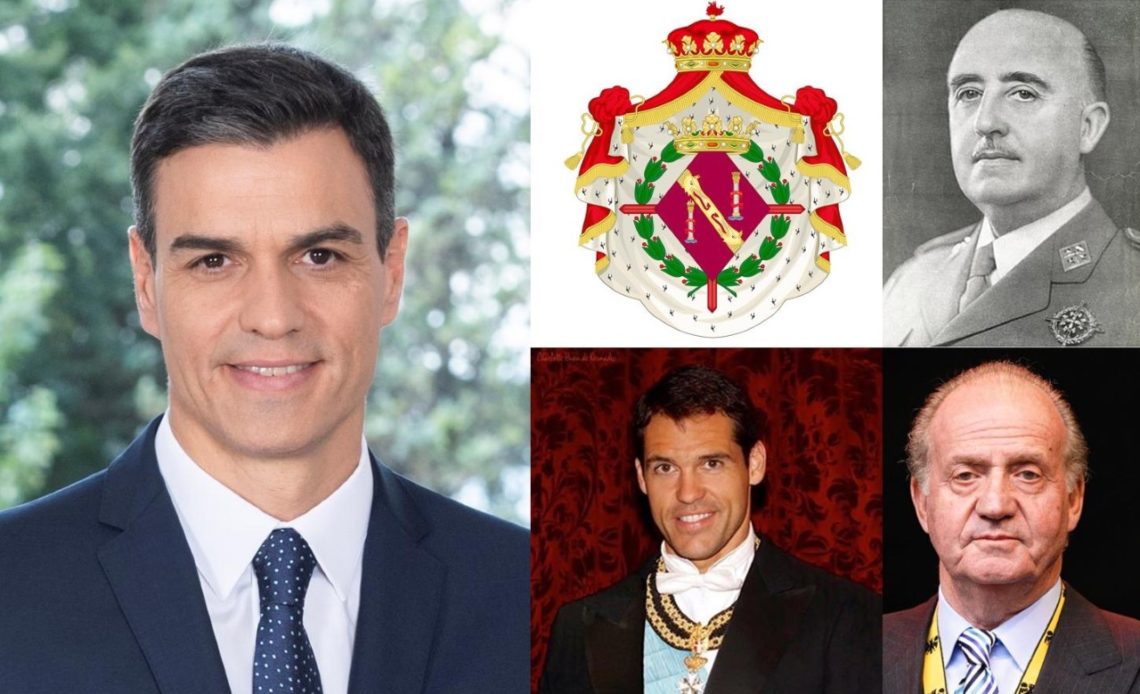 Spain’s socialist Prime Minister Pedro Sánchez and his government seek to remove the noble titles of 37 families. The government has submitted a proposal which will remove 37 noble titles from the Spanish nobility. All the 37 noble titles that are proposed to be removed are titles which were given out by the Franco-regime.

On July 30, the Socialist Parliamentary Group registered a proposal called “historical and democratic memory”. In article five, the Socialists urge to create a catalogue of noble titles that represent the “exaltation of the Spanish Civil War and the Franco dictatorship” and to proceed with its suppression.

This Francoist nobility was made up by Franco’s close military commanders and popular people from the civil society. The Prime Minister has begun what he describes as a “clean up” of the Spanish aristocracy. The Francisco Franco National Foundation, which promotes a positive interpretation of the Spanish dictator Francisco Franco has condemned the government’s bill. His Royal Highness Prince Louis Alphonse, Duke of Anjou, is the president of the Foundation and through his mother, he is a great-grandson of General Francisco Franco.

Among the titles which are currently being used and will be removed if the bill passes through are Countess of Jarama, Marquis de Dávila, Duke of Calvo Sotelo, Count of the Alcazar of Toledo and Duke of Franco. The last title was created in 1975 by King Juan Carlos and bestowed upon Carmen Franco, the daughter and only child of Spain’s Caudillo, General Francisco Franco.

The Spanish Royal Court has not commented on the issue.