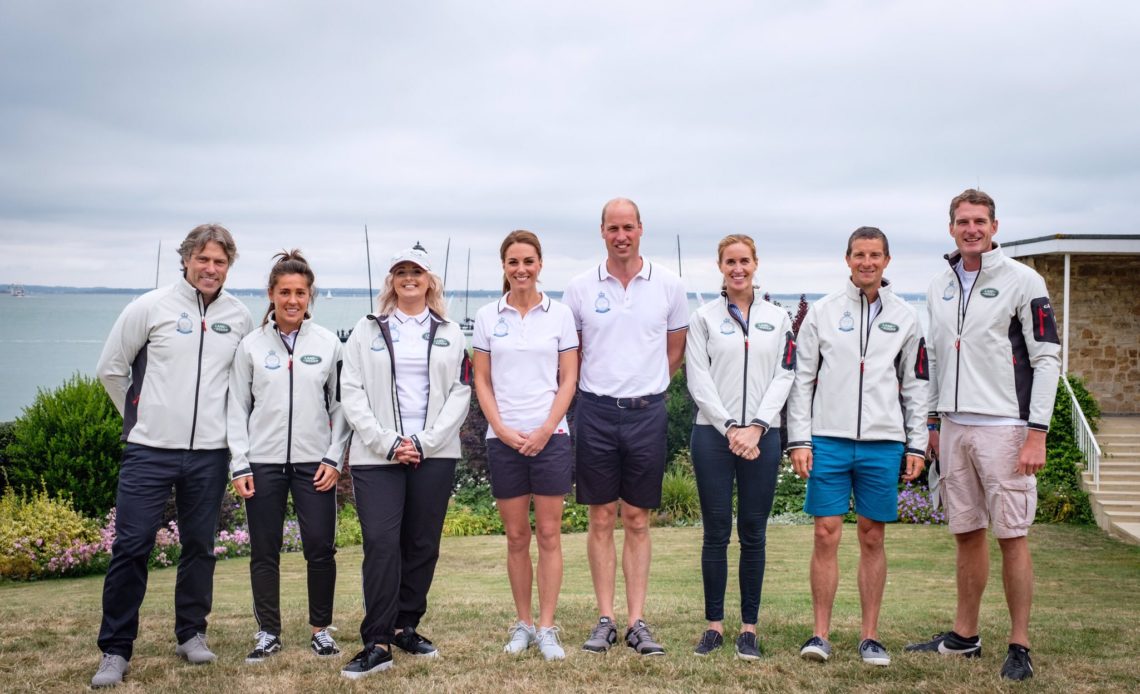 The Duke and Duchess of Cambridge have arrived on the Isle of Wight to compete in the King’s Cup. The King’s Cup was moved forward one day due to forecasts of heavy rain, thunder and lightning and winds of up to 50 miles an hour. In a statement, Kensington Palace said ”Due to adverse weather conditions forecasted for Friday in Cowes, The King’s Cup hosted by The Duke and Duchess of Cambridge will now take place on Thursday 8th August at 1400hrs”.

The Duchess of Cambridge arrived in a striped top and navy trousers before changing into her kit.

The event will include several races between eight boats, each representing an organisation supported by William and Catherine. The Duke of Cambridge has selected Child Bereavement UK and he’ll lead their team. His other picks are Centrepoint which will be represented by England football international Fara Williams, Tusk whose boat will be led by Bear Grylls and the London’s Air Ambulance Charity which will welcome historian and author, Dan Snow, to its crew.

Catherine has chosen four organisations for the event, as well. The Duchess of Cambridge will lead the boat for The Royal Foundation. Her other selections include Action on Addiction whose team will include comedian John Bishop. TV presenter, Kate Thistleton, will be part of the crew representing Place2Be while Helen Glover will join the boat for the Anna Freud Centre.