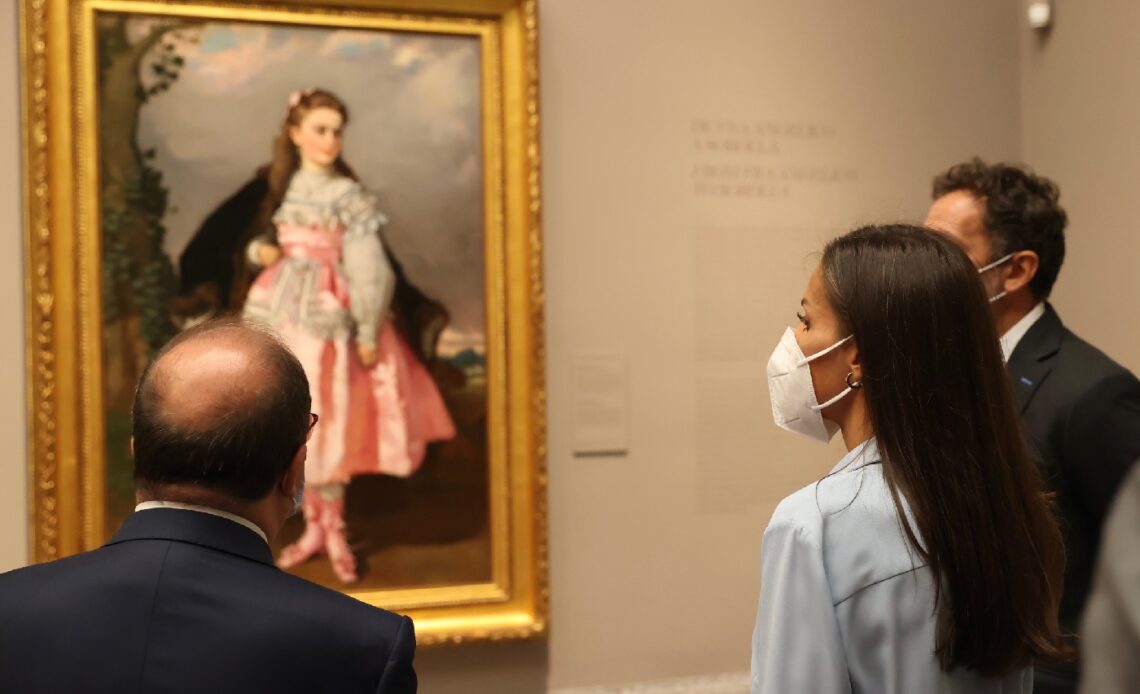 Queen Letizia has travelled to one of Madrid’s most beautiful places and celebrated an important anniversary.

The exhibition, titled “Forty years of friendship. Donations from the Friends of the Prado Museum Foundation,” collects art pieces that have been donated to the museum through different channels.

The exhibition is divided into four sections, each highlighting a different provenance of the pieces. The first section is dedicated to art pieces donated to the Prado Museum and includes Fra Angelico and Goya paintings. The second section is a selection of pieces acquired by the Prado through the foundation’s education programme and was realised by contemporary artists tasked to dialogue with the art pieces already present in the Prado. The third section consists of drawings and prints. Finally, the fourth is dedicated to pieces donated by the international arm of the foundation, especially the one in America.

Queen Letizia is passionate about art and culture in all of its forms. She is often seen in theatres, both for work and during her free time, and has a solid link with the Prado Museum, with the institution being one of the first she visited after entering the Royal Family as Princess of Asturias and after becoming Queen.