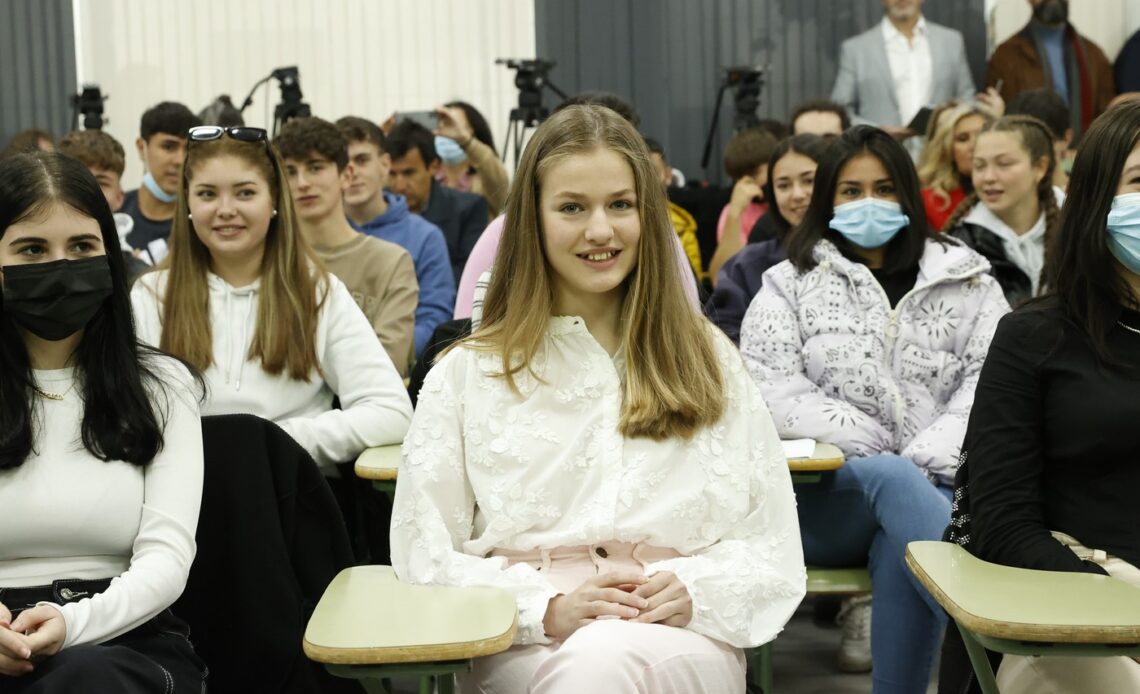 Spain’s Princess Leonor attended her second solo engagement of her life as a royal in the form of a cybersecurity conference for high school students.

Her Royal Highness arrived at Secondary Teaching School Jules Verne around 11am on Wednesday, 20 April and was welcomed by school and institute officials, including the Headmaster and the Director of the National Institute of Cybersecurity (INCIBE in Spanish).

The Princess of Asturias sat down for a roundtable about the use of social media networks and security in communications. The discussion was held among experts in the sector, including a professor in communications and UNICEF Spain’s manager for Education and Digital Rights.

Princess Leonor then moved to another classroom to take part in a debate with nine other students and a teacher. The debate was moderated by one of the experts from the roundtable.

Her last stop was in the school gym, where she sat in the front row as the Director of INCIBE drew the conclusions from the day. The Princess posed for a group photograph together with the school’s students before heading back home.

INCIBE has organised its “Day on Youth and Cybersecurity: Enjoy Internet in safety” since 2016, and Queen Letizia has attended the event in previous years. The organisation states that since the beginning of the programme they have educated a total of 56441 minors and 14786 teachers.

INCIBE (Instituto Nacional de Ciberseguridad or National Institute of Cybersecurity in English) is a structure that issues from the Ministry of Economic Affairs and Digital Transformation, and they offer a variety of service, including providing cybersecurity consults for public and private entities.

Cyberbullying has been rising in the order of reasons why school-aged children say they feel unsafe in the school environment. With social media taking such a big part in young people’s lives, it is inevitable that the virtual space becomes a main arena for bullying to take place, with the added factor of networks being such a fast amplifier of any content posted.

Princess Leonor is still in Spain, as her school’s Easter break is not yet over. She is expected back at UWC Atlantic, in Wales, on Sunday, to begin the last semester of her first year as a student of the college.