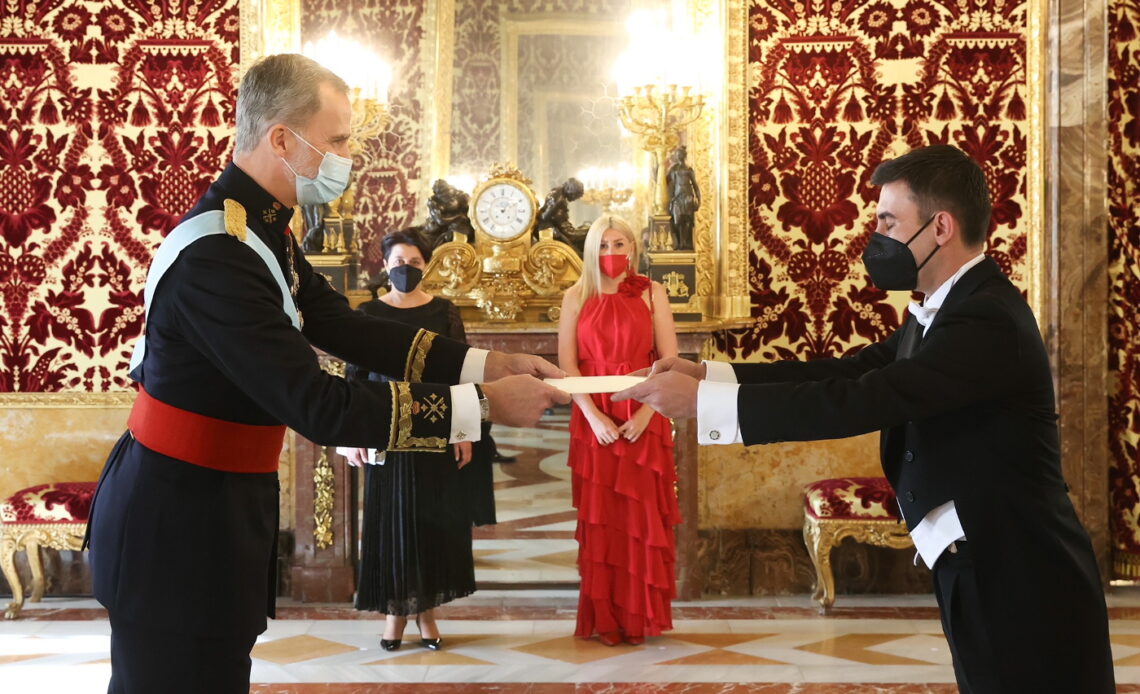 Following the military ceremony of Pascua Militar, King Felipe took on his duties as head of state from the diplomatic angle and welcomed six new ambassadors to the Royal Palace in Madrid for the presentation of their Letters of Credentials.

The pomp and ceremony of such occasions almost matches that of a state visit; the new ambassadors are escorted to the Royal Palace in official vehicles (in some states, mostly monarchies, it could even be a horse-trained coach), then they are escorted to the throne room by attendants dressed in gala uniforms and they present their Letters of Credentials to the head of state, which marks the official welcome of the ambassador to the post.

The handing of the Letters of Credential to the head of state might seem a formality, given the massive process that precedes the ceremony, but it actually marks an important moment; ambassadors will be placed in any ceremony according to the day and time they handed their letters to the monarch. In the protocol world, this precise order is called “by age of charge,” meaning that the more time an ambassador has spent in the country, the better place he will have.

But an ambassador is selected with rigorous criteria and has to go through a selection process before the ceremony will take place.

Ambassadors serve at the will of the head of state and are moved around quite a lot, to avoid all the “better” spots being “hogged” by a few individuals. So when it comes time for an ambassador to move away, the government of his native country will start looking for a replacement.

King Felipe has already welcomed countless ambassadors to Spain since he ascended to the throne in June of 2014.