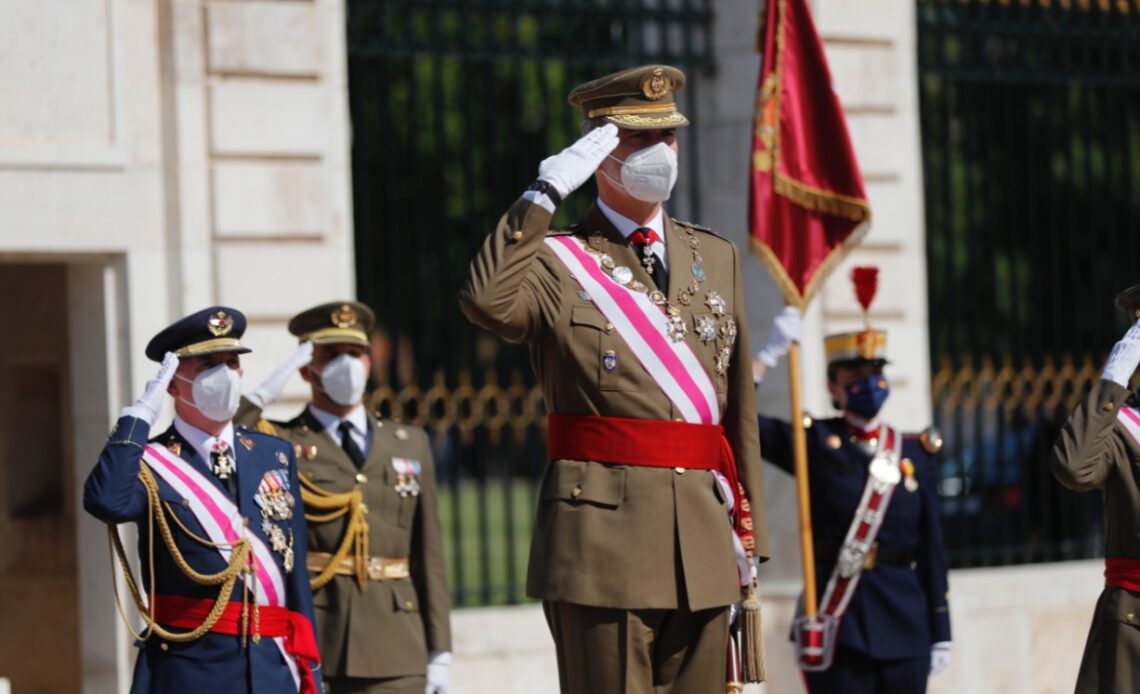 King Felipe of Spain has taken part in a solemn ceremony for the Royal and Military Order of Saint Ferdinando.

The King then received military honours, including a gun salute, and reviewed troops; he also greeted the lineup of authorities (which included the Minister of Defense, the Government Delegate in the Madrid Autonomic Community and the chiefs of the three branches of the military) before taking his place in the Royal tribune and kickstarting the act with a reading of a historical review, which mentions of the flags and heroic actions of the regiments in attendance.

The act then moved on to a poignant homage to those who gave their life for Spain, specifically members of the two Orders; there was then a parade of the military members taking part in the act, before the ceremony was moved inside the Palace.

Once inside, King Felipe opened and closed the meeting with members of the Royal and Military order of Saint Ferdinando, which formalised this event as a commemoration of fallen members of the Order, as well as establishing new compensation rules.

His Majesty King Felipe is the Sovereign of the Order, and will preside meetings and send the Royal Talons to new members.

The Royal and Military Order of Saint Ferdinand was founded in 1811 by the Cadiz Courts and ratified in 1814 by King Fernand VII. It was the first Spanish military order and, despite having adapted over the decades to the requests of the Spanish Armed Forces, it maintains a strong pride in its historic roots.