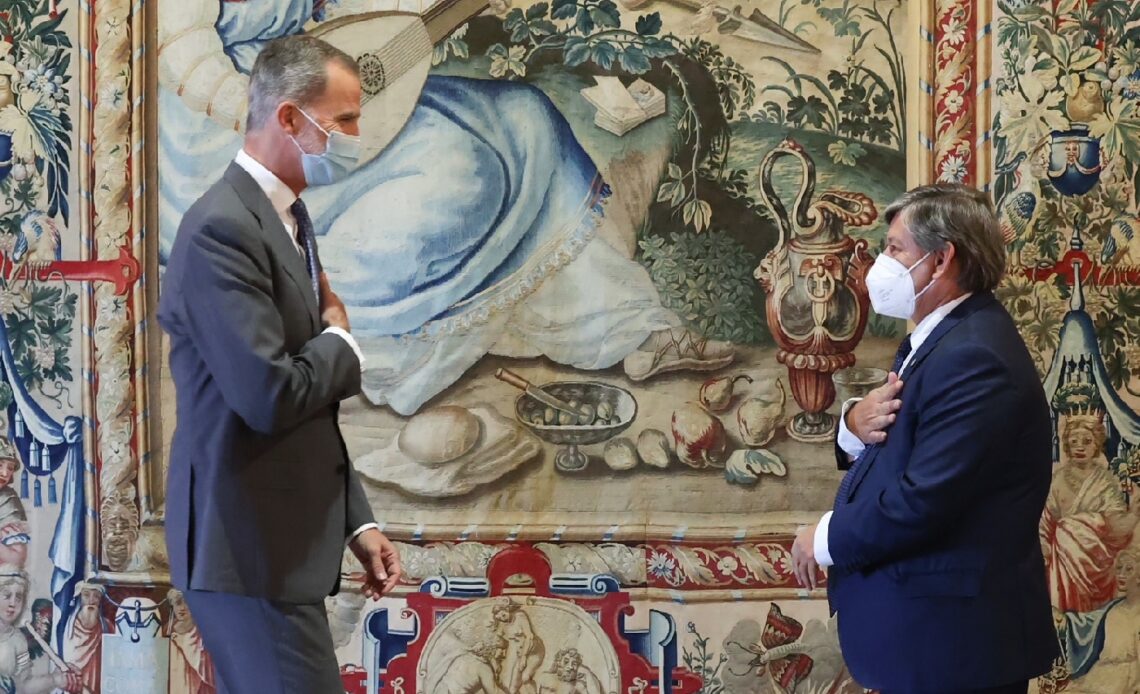 Over the weekend, the Spanish Royal Family moved to the island of Palma de Mallorca for their annual holiday, but a royal holiday wouldn’t be right without official engagements.

It started on the night of Sunday, 1 August, when Queen Letizia handed our prizes at the Atlántida Mallorca Film Fest to, among others, actress Dame Judy Dench and director Stephen Frears.

It went on Monday with a more official tone, as King Felipe kickstarted his Mallorcan agenda with receptions to political leaders of the Balearic Islands.

The first to be welcomed at La Almudaina Palace (the monarch’s official residence on the island) was Francina Armengol i Socias, the President of the Balearic Islands.

All meetings are regular features in King Felipe’s agenda on the family’s traditional holiday and, as usual, were held behind closed doors, with only a photo opportunity before the actual meeting. Casa Real does not disclose the contents of these meetings.

The institutional side of the holiday will end today with His Majesty’s usual meeting with the Prime Minister, Pedro Sánchez Pérez-Castejón, after which the family will move on to more mundane tasks, such as a family visit to a natural reserve and its sanctuary or the participation in the King’s Sailing Cup.

These holiday days must, no doubt, be bittersweet for the royals, who had to say goodbye to Letizia’s beloved grandmother last week and who are about to be separated – the Princess of Asturias is due to start her courses at UWC Atlantic in Wales on the 30th of August, according to the school’s calendar.