A focus on Alzheimer’s and its impact from Queen Sofía 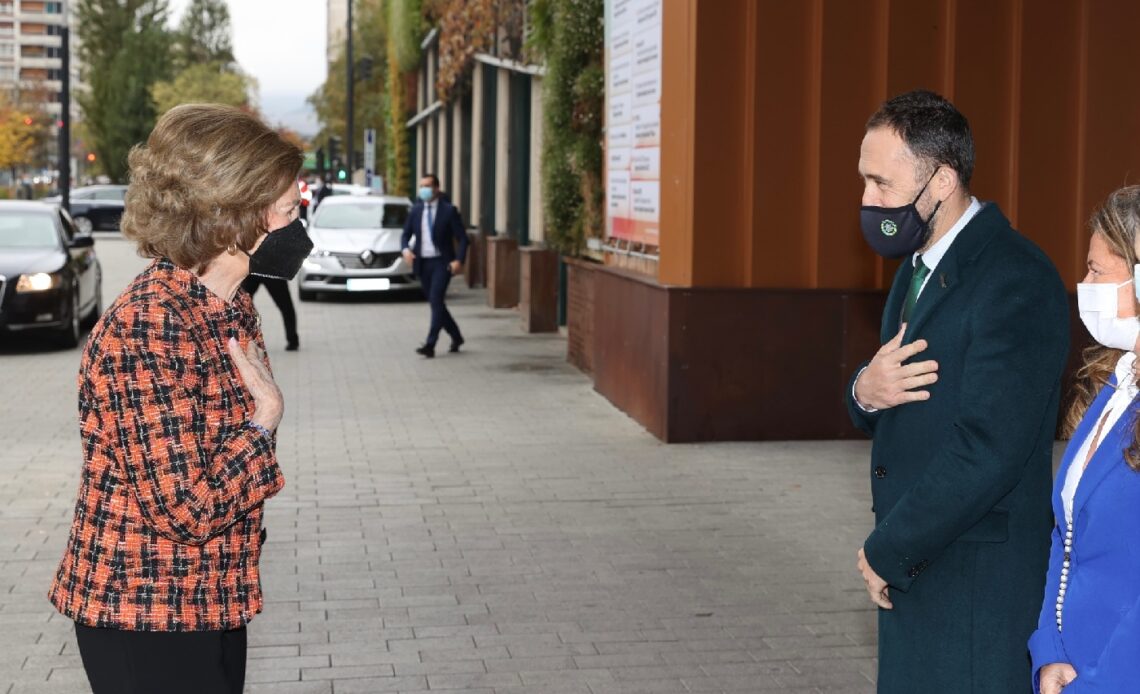 Queen Sofía of Spain has long advocated for those with Alzheimer’s disease with the hope that one day there will be a cure.

She has continued that work throughout the global health crisis, and on 11 November, Queen Sofía travelled to the Europa Congress Palace in Vitoria-Gasteiz for the opening of the IX CEAFA National Alzheimer’s Congress.

Under the slogan “Zero emissions, zero Alzheimers,” the conference is taking place from 10 to 13 November. The mother of King Felipe opened the congress before handing the microphone to the President of the Spanish Alzheimer’s Confederation, Cheles Cantabrana; the President of CEAFA, Cheles Cantabrana; and the Minister of Public Health, Miren Gotzone.

Her Majesty said she wanted to “thank all the members of the Associations, united in CEAFA, and the relatives of our dear Alzheimer’s patients, for their tireless daily work to improve the well-being of them, especially in these difficult times that we are living due to the pandemic … … likewise, I would like to send to all the relatives of Alzheimer’s patients who died due to Covid 19, our sincere condolences for such an irreparable loss. Thanks with all my heart.“

Different dialogues and sessions were held, and the Queen toured the venue to see the different stands set up to discuss Alzheimer’s disease by various organisations. She then held a meeting with the attendees of the IX CEAFA National Alzheimer’s Congress.

Alzheimer’s disease has been a passion of Queen Sofía for many years, and in 2015, she was nominated for the Nobel Peace Prize for her commitment to Alzheimer’s research by a university in the United States. She has also been an Honorary Ambassador of Alzheimer’s Disease International since 2018. The Queen regularly attends several events a year dedicated to fighting this disease.

Alzheimer’s disease is a progressive neurological disease that robs people of their memories. It is the most common form of dementia, and there is no treatment for the disease. Roughly every 90 seconds, someone is diagnosed with Alzheimer’s.

There are approximately 50 million people across the globe with dementia, and according to the Mayo Clinic, between 60 and 70 per cent of them fall into the Alzheimer’s category.