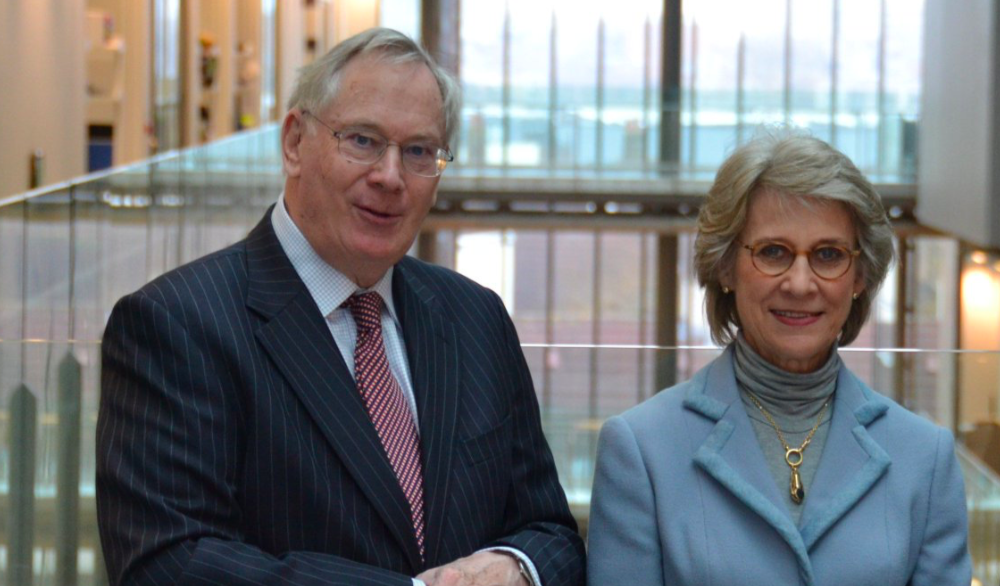 To mark this year’s Remembrance tributes, the Duke and Duchess of Gloucester led the annual Armistice Day Service at the Armed Forces Memorial at the National Memorial Arboretum.

Armistice Day is known as the day the Allied powers signed a ceasefire agreement with Germany in France at 11 a.m. on 11 November 1918. This agreement would officially bring World War I to an end. Hundreds of people, including veterans from past conflicts, attended the service at the site in Alrewas, Staffordshire. The Duke and Duchess were among those who observed a two-minute silence to honour all who have fallen since World War One.

During the service, wreaths are laid out by guests and on behalf of the Royal Navy, the Army, and the Royal Air Force. Joining veterans and their families, The Right Reverend Martyn Snow, Bishop of Leicester, presided over the service and was provided by the Band of the Prince of Wales under the direction of Warrant Officer Class 1 (Bandmaster) David Hatton MMUS, FRSM, ATCL.