Princess Märtha Louise reunited with her boyfriend in Los Angeles 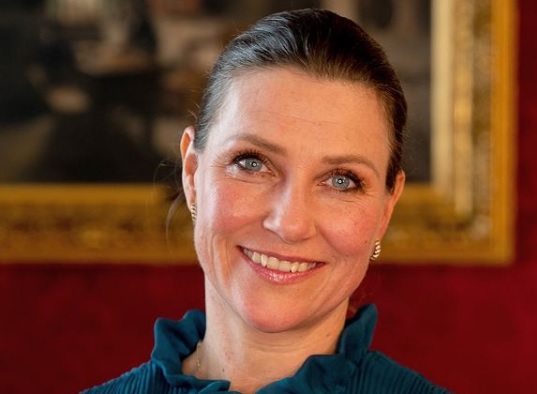 Princess Märtha Louise of Norway is back in the US with her boyfriend, Durek Verrett. This was confirmed recently when paparazzi pictures of the two were taken in Los Angeles. Durek Verrett lives in the USA and the last time he was in Norway was over Christmas and New Year last year. It has thus been a full eight months since the couple last met each other but now they have finally reunited.

Due to the pandemic and the United States’ strict rules for entry and exit, travel for the two hasn’t been easy. But new photos show that Märtha Louise is currently in Los Angeles, where the couple can be seen walking hand in hand in Los Angeles. The first pictures of the couple from the USA came last week when they were seen in a car together. Since then, Märtha Louise has been seen training with a friend, walking in the luxury area of ​​Beverly Hills with Durek, and as recently as Monday, they checked into Disney Land’s own hotel.

In February this year, Princess Martha Louise of Norway said that she was considering moving to the United States. She then said that the reason was that her boyfriend, the American shaman Durek Verrett, feels badly treated and no longer wants to settle in Norway. This was discussed by the princess in an interview with TV2. Asked in the interview if she might move to the USA, she answered: “Yes, it may be that we end up there eventually.”

In April, the princess confirmed in an interview with the Norwegian newspaper VG that she has decided to move. Princess Martha Louise plans to move to the United States and take her three daughters with her. When she will move is not yet decided but the princess plans to keep her villa in Oslo and says she will visit Norway often even if she moves to the USA. The princess wants to settle in Los Angeles where her boyfriend has lived for many years.

Princess Martha Louise is the daughter of King Harald and Queen Sonja, and the older sister of Crown Prince Haakon. She is fourth in line to the throne.