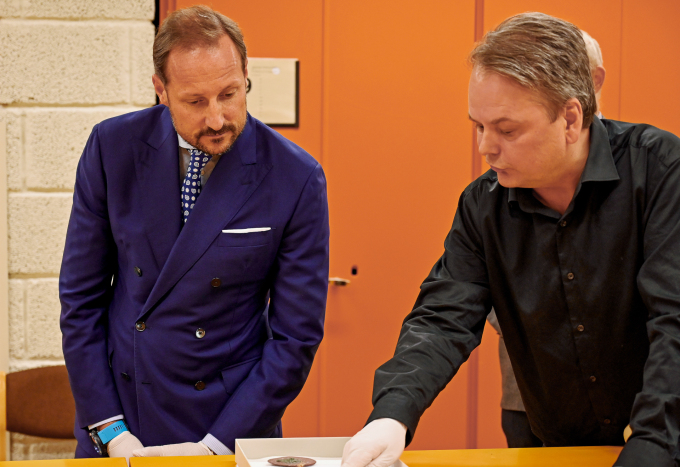 All of the documents Crown Prince Haakon got to look at were from the Middle Ages. One of the documents was the document from 1388, which confirmed the Norwegian Parliament’s election of Margrethe Valdemarsdatter as Queen of Norway. The oldest document the Crown Prince saw was a fragment of a manuscript written in England before the middle of the 10th century.

At the end of the visit, Crown Prince Haakon received a gift in memory of the visit to the National Archives. There have been seven kings who have held the name Haakon in Norway for the last thousand years – from Haakon I in the 900s to Haakon VII in the 1900s. The National Archives, therefore, found one document from each of them and placed a copy of them in an archive box as a gift for the Crown Prince.