On Thursday, His Royal Highness Crown Prince Haakon of Norway concluded his week-long tour to the Pacific region in Samoa. The very last day started with a political meeting with His Highness Tuimalealiifano Vaaletoa Sualauvi II and Samoa’s First Lady, then with Prime Minister Tuilaepa Lupesoliai Sailele Malielegaoi. Norway and Samoa have collaborated closely on climate change at the UN, and this was an essential topic in the talks between Crown Prince Haakon and the political leaders. 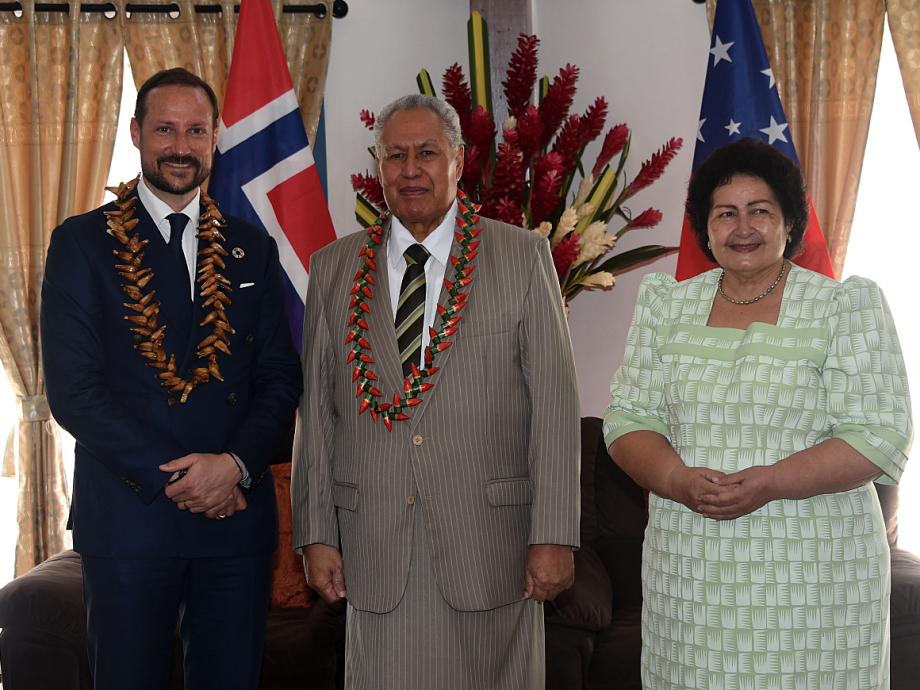 The “Women in Leadership in Samoa” project is working to strengthen female participation and leadership, supported by both UNDP and UN Women in addition to the Samoa authorities. Fifteen female senior executives were gathered for a working lunch with the Crown Prince and the Norwegian delegation. His Royal Highness was very pleased with the tour and said: “A visit like this gives us better opportunities to stand together and make a difference”.

Crown Prince Haakon of Norway has this week visited the nations of Tonga, Fiji and Samoa. The visit ran from 5 April to 11 April. The purpose of the visit was to strengthen partnerships with the small island states in the South Pacific for the promotion of common interests including seas and climate, peace and security.

Today, the Crown Prince will head back to Norway to spend time with his family during the Easter holidays.