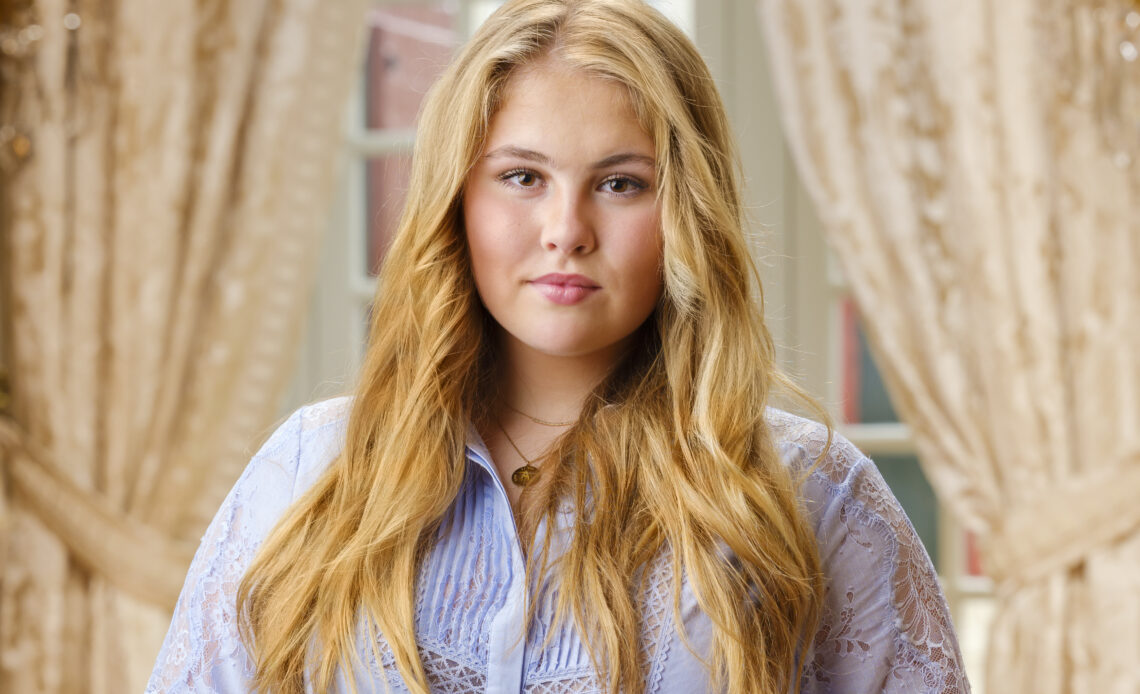 Princess Amalia of the Netherlands, the eldest child of King Willem-Alexander and Queen Máxima, is busy with her final exams like many other Dutch students.

The 17-year-old Princess of Orange began her exams on Monday and will find out on 10 June if she passed.

Her parents were at the National Park Maasduinen for an engagement, and the King was asked how his daughter was doing with her tests. The King said: “We keep our fingers crossed. Keep your fingers crossed; it never hurts.”

Amalia was asked about her upcoming exams during King’s Day in April. She said then that she felt she was in “good” shape. She also said: “It is a lot of learning and learning, and I hope they will ask questions that I have learned.”

The Princess of Orange currently attends Christelijk Gymnasium Sorghvliet in The Hague alongside her two younger sisters, Princess Alexia, 15 and Princess Ariane, 14.

Amalia will celebrate her 18th birthday in December and will then assume a seat in the Advisory Division of the Council of State of the Netherlands. She is expected to succeed her father as Queen of the Netherlands one day.