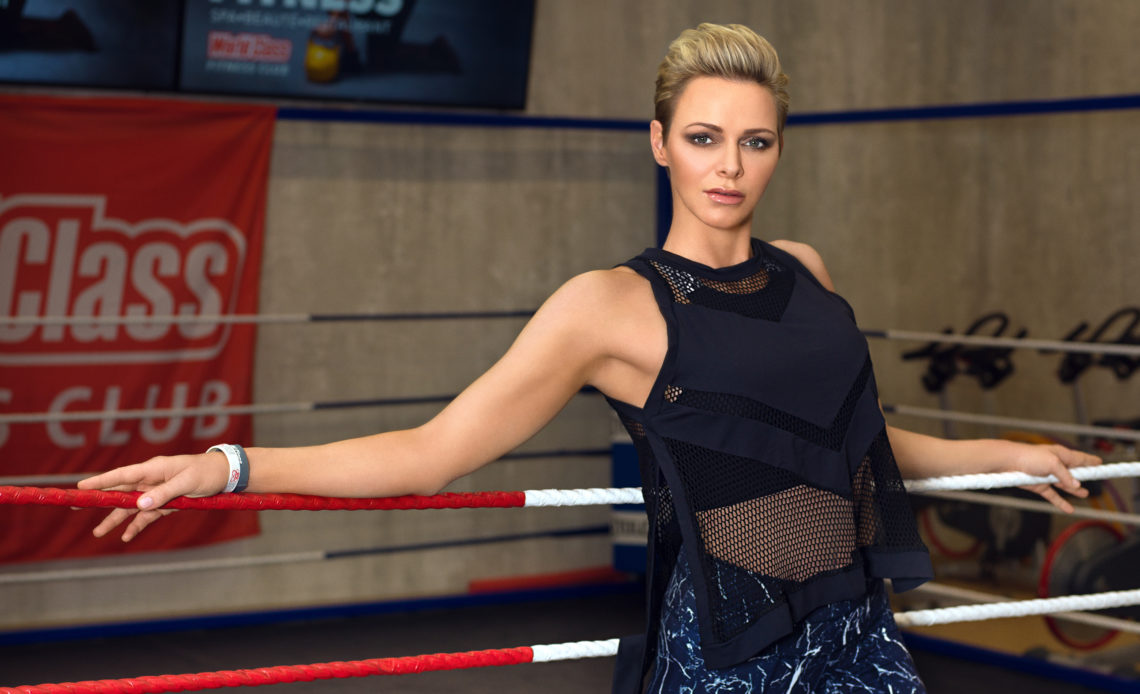 Before she became the Princess of Monaco, Princess Charlene was a swimming champion and Olympian in South Africa who competed in the 2000 Summer Olympics in Sydney, Australia.

Charlene Wittstock developed a love of swimming in her childhood, which was spent in Zimbabwe (where she was born in 1978) and South Africa, where her family emigrated to when she was 12-years-old.

Charlene’s mother, Lynette Wittstock, was a swimming instructor, and so the future Olympian learned the sport at home. Training throughout her teenage years, Charlene would go on to win at the South African Championship in 1996, taking home gold medals in the 100m and 200m backstroke, silver in the 50m and 100m freestyle events, and won the award for Best Female Swimmer.

Charlene would go on to represent South Africa at the Commonwealth Games in 1998 and 2002 and won the silver medal at the latter Games for the 4x100m medley relay. She also won three gold medals at the Swimming World Cup in 2002 for the 50m and 100m crawl, as well as the 4x100m relay.

Charlene would compete at the 2000 Summer Olympics in Sydney as part of the South African women’s 4×100m medley team, though they came in fifth place and did not make the podium.

Charlene returned to South Africa and continued to train, but an injury slowed down her career, and though she attempted a comeback for the 2008 Summer Olympics in Beijing, China, she failed to qualify and retired from competition in 2007.

But swimming didn’t just provide Charlene with a path towards becoming an Olympian: it also led her to meet her future husband and fellow Olympian, Prince Albert II of Monaco. He spotted her at a swimming event in Monaco in 2000 and was so taken by her that he asked her out on a date.

Charlene later told Vogue ahead of her 2011 wedding: “It was incredibly flattering. After seeing me swim, Albert asked my management for permission to take me out. We spent the whole evening laughing and talking.”

Prince Albert competed as part of Monaco’s bobsleigh team at five Winter Games: the 1988 Calgary Games, the 1992 Albertville Games, the 1994 Lillehammer Games, the 1998 Nagano Games and the 2002 Salt Lake City Games. Outside of competition, he is also a member of the International Olympic Committee and has held the post since 1985.

For Prince Albert, being an Olympian was simply him following in his maternal family’s footsteps, as the Kelly Family of Philadelphia were once titans in the sport of rowing.

However, the two didn’t jump into an immediate romance, and it took five years for them to reconnect and pursue a relationship. Fittingly, Prince Albert and Charlene made their official public debut as a couple at the 2006 Winter Olympics in Turin, Italy.

After her marriage, Princess Charlene launched her own charitable foundation, with one of its chief aims being to teach children to swim and to educate people on how to prevent drowning. She told Vogue that her background in sports would help her prepare for her new regal role, saying that “sport has given me drive and discipline.”

Princess Charlene currently serves as a Global Ambassador for the Special Olympics and has attended various world games and events on behalf of the organisation. She said that she was drawn to support the Special Olympics because she believed in its mission of “using the power of sport to change lives.”

As for their attachment to the Olympics, Prince Albert and Princess Charlene regularly attend the Opening Ceremonies of the Olympic Games to cheer on the athletes from Monaco and are spotted attending events through the two weeks of competition.