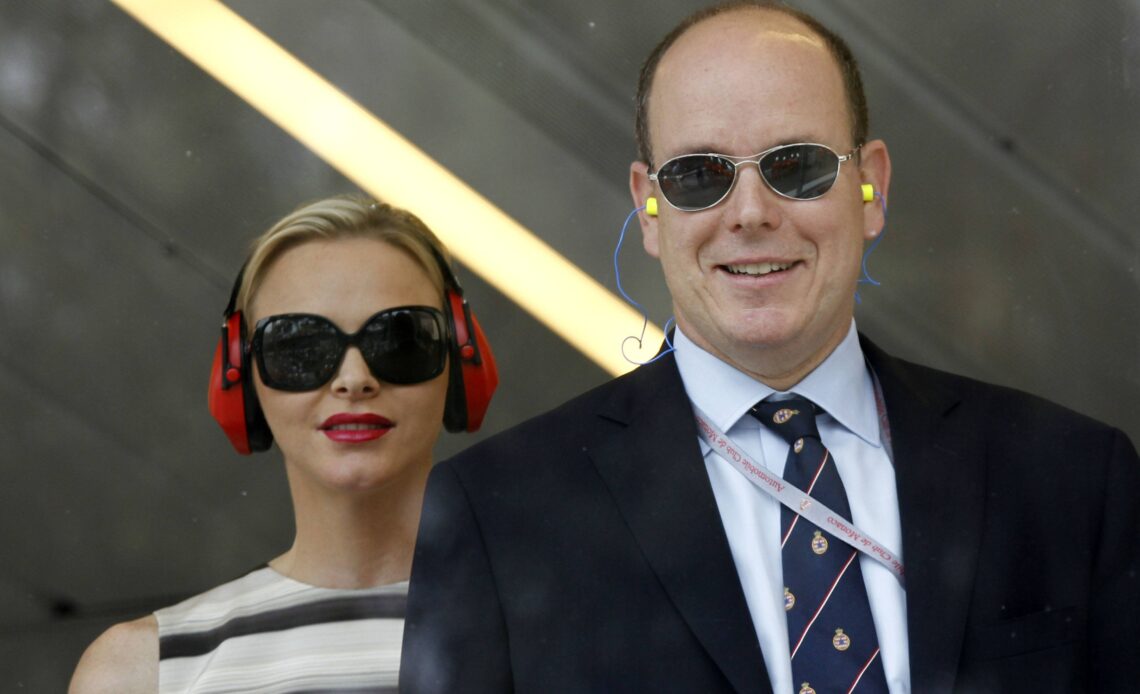 Prince Albert and Princess Charlene of Monaco made an appearance at the Formula 1 race that took place in the principality.

On Saturday, 28 May, the Princely Couple descended from the Princely Palace to watch the qualifications and then the race of the Monaco leg of the F1 circuit.

The race itself saw home hero Charles Leclerc, who runs for Ferrari, place 4th, although in the free trials he had placed second and he had won the qualifications.

Upon the arrival of Their Serene Highnesses, the Princess was greeted with the traditionally European double cheek kiss by both Max Verstappen and Sebastian Vettel, and the couple posed for pictures with the aforementioned Charles Leclerc.

Prince Albert and Princess Charlene then got to meet some of the other famous people in attendance at the event, including actor Patrick Dempsey (of Grey’s Anatomy fame), actress Nina Dobrev and Elon Musk’s mother Maye.

Princess Charlene is making her second appearance at a race track in a month, as she attended Monaco’s E-Prix on 30 April. The E-Prix is like Formula 1, but with electric vehicles, something that makes it a fixed engagement in the agenda of the environmentally friendly Princely Family.

That date marked Princess Charlene’s first public engagement since she had to spend many months in South Africa, stranded by an ENT infection that prevented her ear pressure from equalising, and then some time in a treatment facility to complete her recovery.

Since then, she has been slowly resuming her public agenda, and she took part in the St Devote Rugby Tournament and the opening night of the Monte Carlo Fashion Week, where she was accompanied by her daughter, Princess Gabriella, and where the mother-daughter duo stepped on the stage of the Mote Carlo Opera to hand out a sustainability fashion award.

Princess Charlene recently spoke to Monaco Matin and told them that she is still recovering but that she had been warned that the process was going to be slow, so she is “trying not to rush it.”