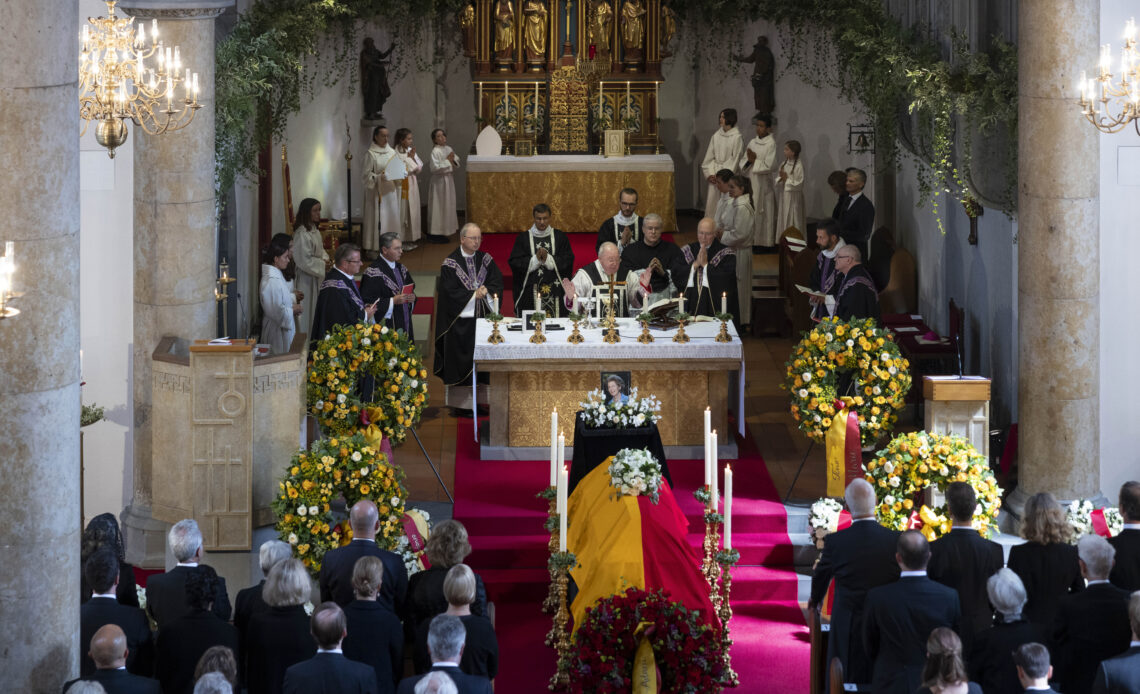 Information and Communication of the Government, Vaduz

What a difference a few months and a different country make. Only in April, the UK said goodbye to Prince Philip, and the poignant image of a lonely Queen made headlines around the world, a symbol of the unprecedented times we are living through.

Today, Liechtenstein bid farewell to Princess Marie, wife of Sovereign Prince Hans-Adam II, who passed away in a Swiss hospital on the 21st of August, after suffering a stroke the previous Wednesday.

St Florin’s Cathedral, in Vaduz, was filled with people, all those who were dear to the Princess’s heart – including her entire family, and members of European royalty, the most notable of which was Queen Emerita Sofía of Spain, who was also present in 1967 for Prince Hans-Adam and Princess Marie’s wedding in the same church.

The service, a strictly Roman Catholic Mass, was officiated by Vaduz’s Archbishop Wolfgang Haas and saw several readings offered by the Princely Family, including some of the Princess’s older grandchildren.

Music for the service was offered by the Vaduz Harmoniemusik, accompanied by Vaduz’s Church Choir. Princess Marie’s coffin was attended by Liechtenstein’s Firefighters because the country does not have armed forces.

The coffin was draped in the Princely Family’s red and yellow flag and was decorated with a framed picture of Princess Marie, as well as mostly yellow flowers, among which a bouquet of red roses from Prince Hans-Adam stood out.

Despite the church being full, the Princely House had to limit invitations because of the venue being rather small. All citizens who wished to say their last goodbyes to the Princess were able to do so during a viewing in St Florin, where the coffin arrived on Thursday morning and was open to the public until Friday afternoon. There was also a condolence book in which Liechtenstein residents could leave their farewell messages. To prevent large gatherings, the Princely Family has also made the decision to stream the service online.

Princess Marie’s final resting place will be the Princely Crypt in St Florin, where many other Princely Family members have been laid to rest already. Her coffin was brought there by hand by firefighters after the service, and the Princely Family had a more private moment to themselves at that time.

The funeral can be re-watched here: