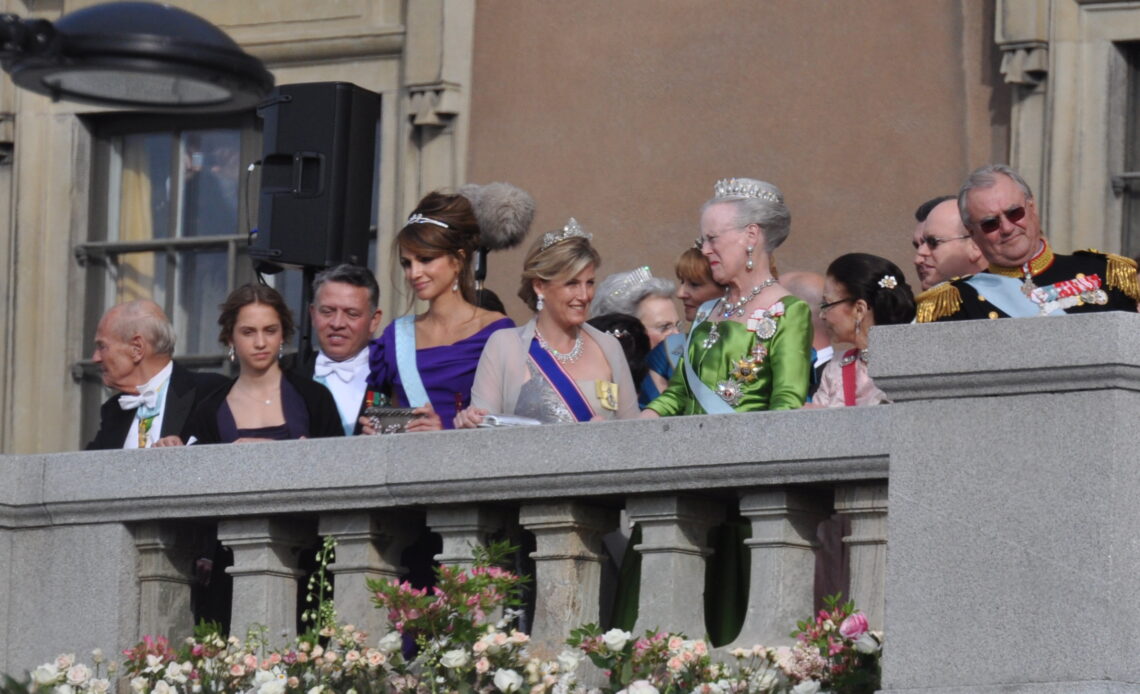 She is also closely related to the Swedish Royal Family as her mother was born a Princess of Sweden. She and King Carl XVI Gustaf are first cousins, and their families are very close. Carl Gustaf’s children are known to also call Margrethe “Aunt Daisy.”

When she celebrated her 80th birthday in 2020, royals across Europe sent videos to her to wish her well. The King and Queen of Sweden sent a birthday video message, as did two of their children. Crown Princess Victoria, Prince Daniel and their two children, Princess Estelle and Prince Oscar, sent a video where Victoria kindly called her “Aunt Daisy” and wished her well. Her younger brother, Prince Carl Philip, did the same; he is the godson of Margrethe.

Staying in Scandinavia, the Norwegian royals are also close to the Danish Royal Family, with the children of King Harald and Queen Sonja referring to Margrethe as “Aunt Daisy.” Reigning King Harald’s grandfather, King Haakon VII, was born Prince Carl of Denmark. Harald and Margrethe’s grandfathers were brothers meaning they are cousins. The Queen is also a godmother to Crown Prince Haakon.

Grand Duke Henri of Luxembourg is distantly related to Margrethe as his maternal great-grandmother, Princess Ingeborg of Denmark, was the grand-aunt of Queen Margrethe.

King Felipe of Spain is also quite close to Margrethe and uses the term “Aunt Daisy.” His mother is Queen Sofía (born Princess Sophia of Greece and Denmark), meaning Margrethe’s youngest sister, Anne-Marie is his aunt by marriage.

Aunt Daisy’s relationship extends to the Netherlands with King Willem-Alexander, as well. Margrethe is one of his godmothers, and they have a close relationship.

Each of these families was part of the surprise video sent to Queen Margrethe in 2020 for her 80th birthday, and no doubt would have been in Denmark this month to celebrate her Golden Jubilee if the global health crisis had allowed.