Princess Benedikte overcome with emotion as she remembers her parents 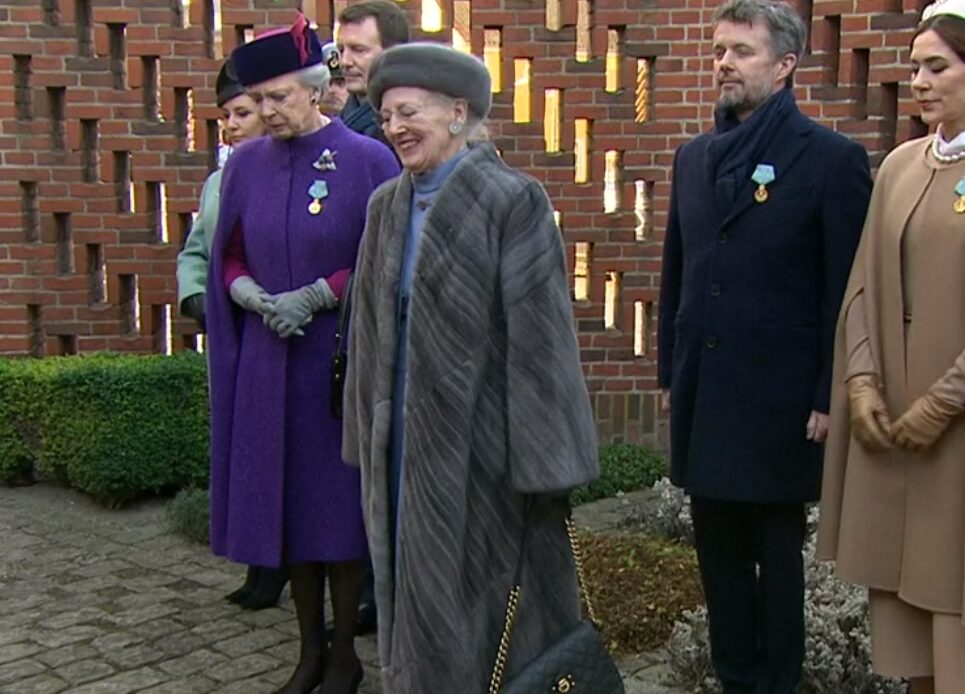 Princess Benedikte was overcome with emotion as she joined her sister, Queen Margrethe, to remember their parents on a poignant day for Denmark’s royals.

Benedikte and Margrethe placed flowers on the graves of their father, King Frederik IX, and their mother, Queen Ingrid, in a special ceremony on January 14th 2022. Their tribute came exactly fifty years after their father’s death. A floral tribute was also placed on behalf of Queen Anne-Marie of Greece, the youngest chid of Frederik and Ingrid, who was unable to attend as her husband, Constantine, is recovering from coronavirus.

As she stood up after helping her sister arrange the three wreaths they had just left in memory, Benedikte was unable to contain her tears any more. She stood calmly with Margrethe as the Queen’s sons, Crown Prince Frederik and Prince Joachim, placed their own wreaths on the graves. The short ceremony was televised by the cameras moved away soon afterwards to allow the family a chance to remember and mourn in private.

Princess Benedikte, second daughter of King Frederik and Queen Ingrid, was wearing Queen Margrethe’s Golden Jubilee medal which has been presented to all members of the Danish Royal Family to mark the 50th anniversary.

The simple ceremony at Roskilde Cathedral followed a formal tribute at Denmark’s Parliament and a special Council of State. Original plans for the Golden Jubilee of Queen Margrethe had to be scaled back because of the pandemic. A full celebration will take place in September 2022.