Jordan’s royals faced dramatic 2021 with a potential coup, allegations and a royal tour 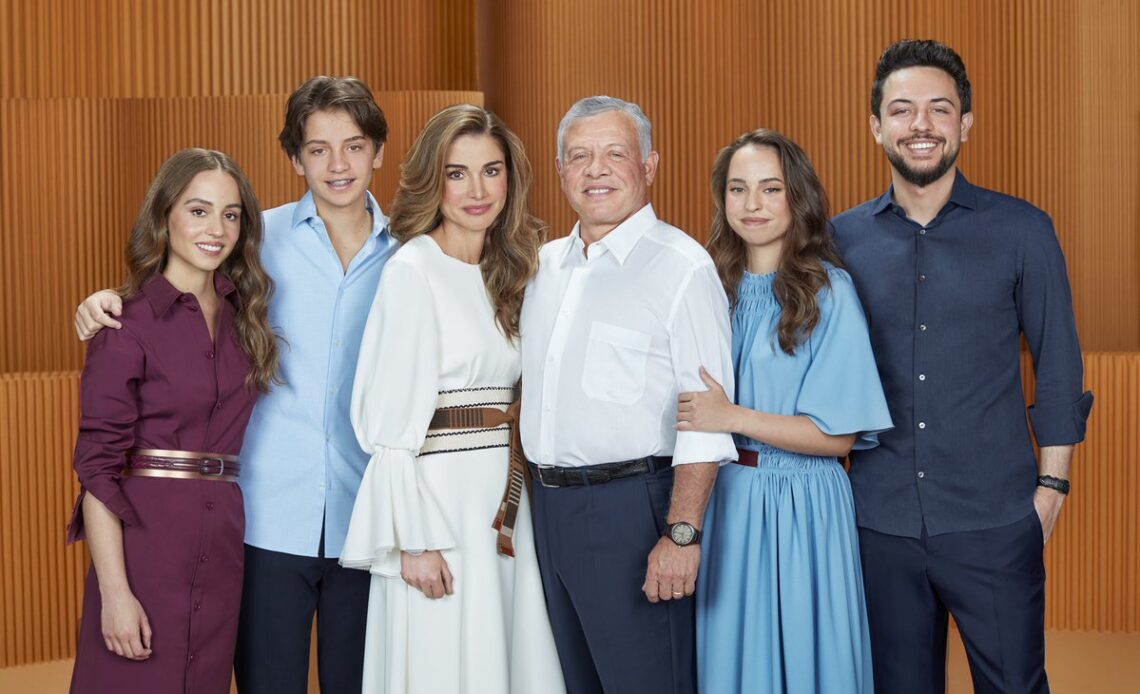 This year has been a dramatic one for the Jordanian Royal Family. Besides the ongoing global health situation, the country faced a potential coup attempt against King Abdullah II. However, there were bright moments as the King and Queen welcomed the Prince of Wales and Duchess of Cornwall on a short tour. Let’s take a look at 2021 for the Jordanian royals.

In January, King Abdullah ordered the government to reopen schools amidst the global health situation. He wanted schools to reopen while still complying with health measures to keep everyone safe.

The following month, Queen Rania stressed the importance of getting vaccinated and criticised vaccine hoarding by wealthy countries. The Queen said: “We are all in a race against a pandemic, not against each other.” She meant that if one country is unable to recover from the pandemic, it will impact the world as a whole. Wealthy countries have been able to order enough vaccines to vaccinate double their populations, but underdeveloped countries are struggling to be able to vaccinate just a small portion of their population. Jordan is the only country to distribute vaccines to refugees.

That same month two people were arrested for the £1million jewel theft from Princess Firyal, and Queen Noor weighed in on the missing Dubai princesses. Queen Noor, who sits on the board of commissioners for the International Commission on Missing Persons, retweeted an article about Princess Latifa and asked: “Where is her sister Shamsa??” Noor has also shared other articles about Latifa on her account. Latifah was freed later in 2021.

The month of April provided much drama for the Royal Hashemite Court, with dozens being arrested after a potential coup against the King. The King’s younger brother, Prince Hamzah bin Hussein, the former Crown Prince of Jordan, later said he was on house arrest as part of a crackdown on critics.

BBC News obtained a video of the Prince explaining his current situation from his apparent arrest. This was despite the military previously denying that Hamzah had been detained.

King Abdullah later released a letter to the Jordanian people explaining that the coup had been thwarted. He also said that the rift with his brother, Prince Hamzah, wAs over and that an investigation was underway. The King and Prince Hamzah appeared together later in the month in public.

The end of the month brought more sadness as the King’s uncle, Prince Muhammad bin Talal, died at the age of 80.

King Abdullah and Queen Rania travelled to the United States in July with the Queen meeting First Lady Jill Biden at the White House.

In September, Queen Rania shared some home videos of her daughters, Princesses Iman and Salma, for their birthdays, much to the Jordanian public’s delight.

October brought more trouble for the Royal Court as the released Pandora Papers alleged that King Abdullah amassed a secret £70 million property empire in the United Kingdom and the United States. The Royal Hashemite Court released a strongly worded statement denying the allegations.

By the time November came about, the King and Queen were ready to welcome the Prince of Wales and Duchess of Cornwall to their country for a short visit. The Queen and Duchess of Cornwall visited a family and child centre run by the Jordan River Foundation. The Prince of Wales and King Abdullah also met privately and spoke about the COP26 summit in Glasgow. The visit from the British royals was to jointly celebrate both Jordan’s centenary and the centenary of bilateral relations between Jordan and the UK.

To conclude the year, Queen Rania released a new photograph of her family to wish everyone well during the holiday season and for the year ahead.