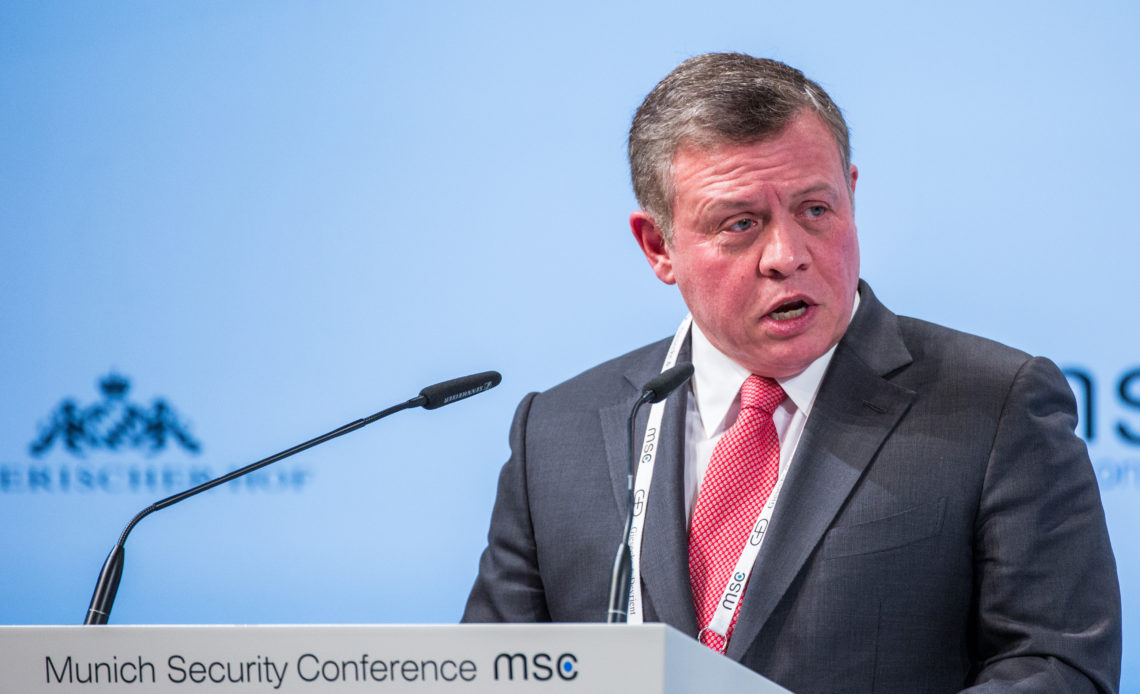 King Abdullah of Jordan has broken his silence after the plot to destabilise Jordan was thwarted and his brother was put under house arrest. The King released a letter to the Jordanian people yesterday saying that the rift with his brother, Prince Hamzah, is over and that an investigation is underway.

On 3 April, a major situation developed in Jordan where there were rumours of a potential coup. The King’s younger half-brother, Hamzah, formerly the Crown Prince of Jordan, was placed under house arrest. The Prince released a video via his attorney that night denying any wrongdoing and asserted that he is not part of any conspiracy.

The King has enlisted the help of his uncle, Prince El Hassan bin Talal, to help mediate the situation with his brother. Prince Hamzah signed a letter on 5 April where he pledged his allegiance to the King.

“I speak to you today, my family and my tribe, in whom I place my implicit trust, and from whom I draw determination, to assure you that the sedition has been nipped in the bud, and that our proud Jordan is safe and stable; and it will always remain, with God’s grace, safe and stable, fortified by the determination of Jordanians, and impenetrable with their cohesion and with the dedication of our valiant Arab Army and security agencies working night and day to secure the homeland.

“Our nation is used to facing challenges, and we are used to overcoming challenges, having conquered throughout our history all attempts to target the homeland, coming out stronger and more united, for being steadfast in our positions has a price, but no price will sway us from the path of righteousness set by the ancestors and their noble sacrifices, for the prosperity of our people and our nation, and for Palestine, Jerusalem, and its holy sites.

“The challenge over the past few days was not the most difficult or dangerous to the stability of our nation, but to me, it was the most painful. Sedition came from within and without our one house, and nothing compares to my shock, pain, and anger as a brother and as the head of the Hashemite family, and as a leader of this proud people.

“But there is no difference between my responsibility towards my small and larger families, for Al Hussein, may his soul rest in peace, dedicated me since the day I was born to serve you, and I have dedicated myself and my life to you, so we can continue together on the path of development and achievement, in the nation of pride, glory, love, and fellowship. My foremost responsibility is serving Jordan and safeguarding its people, Constitution, and laws. Nothing, and no one comes before Jordan’s security and stability, and it was imperative to take the necessary measures to honour that responsibility.

“Our Hashemite legacy and Jordanian values were the framework I chose to handle the matter, in line with God’s words in the Holy Quran: ‘Who expend in prosperity and adversity, and restrain their rage, and pardon their fellow-men‘.

“I decided to deal with the matter of Prince Hamzah within the Hashemite family, and I entrusted this to my uncle, His Royal Highness Prince El Hassan bin Talal. And Prince Hamzah pledged before the family to follow in the steps of the ancestors, remain loyal to their mission, and to put Jordan’s interest, Constitution, and laws above all considerations.

“Hamzah today is with his family, at his palace, in my care.

“As for the other aspects, they are under investigation, in accordance with the law, until it is completed, so that its outcomes are handled within the framework of our steadfast state institutions, in a manner that guarantees justice and transparency. The next steps will be rooted in the criterion that defines all our decisions—the nation’s interest and the interest of our loyal people.

“Our nation faces difficult economic challenges, exacerbated by the COVID-19 pandemic. We realise the weight of these difficulties facing our citizens, and we face these challenges and others, as we have always done, united within our Jordanian and Hashemite family, so that we can take our nation forward and embark on our state’s second centennial as one, building the future our nation deserves.

“Jordan, with the determination of the Nashama and their dedication, will remain steadfast, grand in its values, will, and principles, guided by firmness in defending the nation, unity in facing adversity, and justice, mercy, and compassion in all that we do.

“May God protect you and our proud Jordan, and grant us success.”