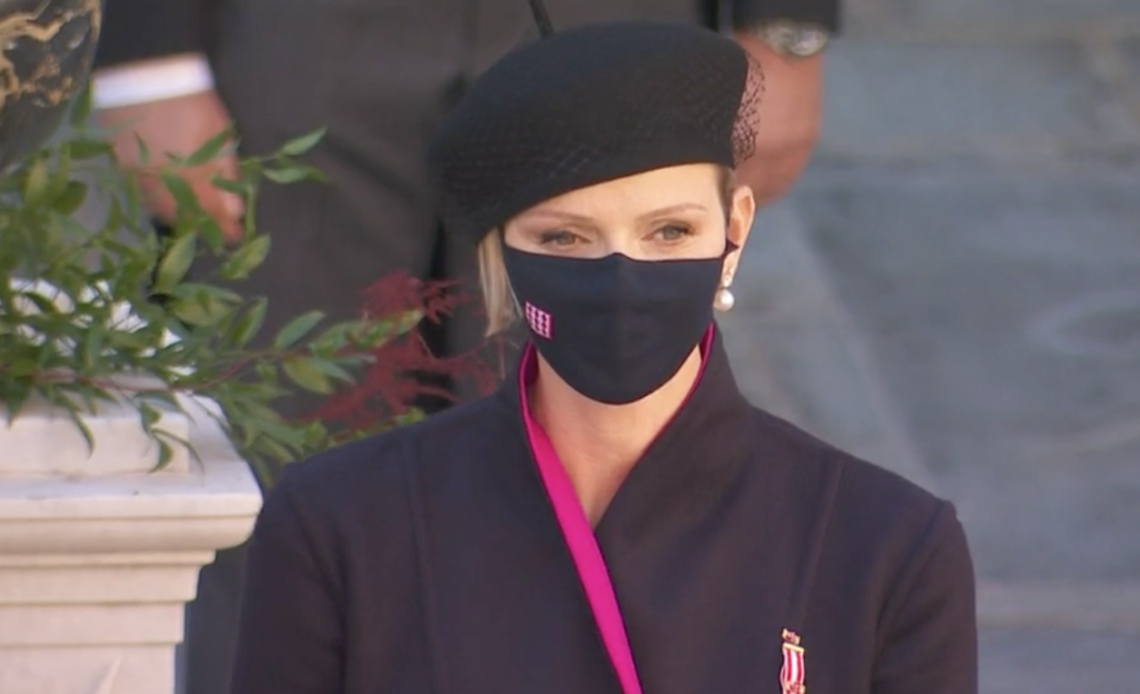 Princess Charlene of Monaco has broken her silence from her retreat to wish all of her supporters and followers a happy holiday season.

Taking to Instagram, the Princess posted a picture accompanied by the caption: “Wishing everyone a beautiful and safe festive season all my love”, accompanied by a heart emoji.

The image is a drawing freely inspired by last year’s Christmas picture and shows Prince Albert and Princess Charlene standing behind their children, Prince Jacques and Princess Gabriella. The four are next to a decorated Christmas tree.

While in last year’s Christmas picture the children were sitting down, in the drawing, they’re standing up. Princess Gabriella is wearing the same dress, while Prince Jacques, who was wearing a bowtie and a grey jacket in the picture, is not wearing a necktie and his jacket is blue in the drawing.

But the most significant difference is Princess Charlene, who in last year’s photograph was wearing an icy blue dress with black fern leaves, whereas, in the drawing, she is wearing the gold dress she had on for the 2016 56th Monte Carlo Television Festival.

Her Serene Highness has been very quiet since her return to Monaco a month and a half ago and her subsequent admission to a treatment facility a week later.

She has only broken her silence three times: on Monaco’s National Day, 19th November, on her children’s birthday, 10th December, and now to wish her supporters and followers happy holidays.

When he announced her admission in a treatment facility, Prince Albert also made it known that she still wasn’t cleared to receive visitors, and that as soon as her medical team would allow that, he and the children would make the trip to visit her.

With this post, it seems clear that Monaco’s Princess Consort will not make it back to the Principality to spend Christmas with her family.