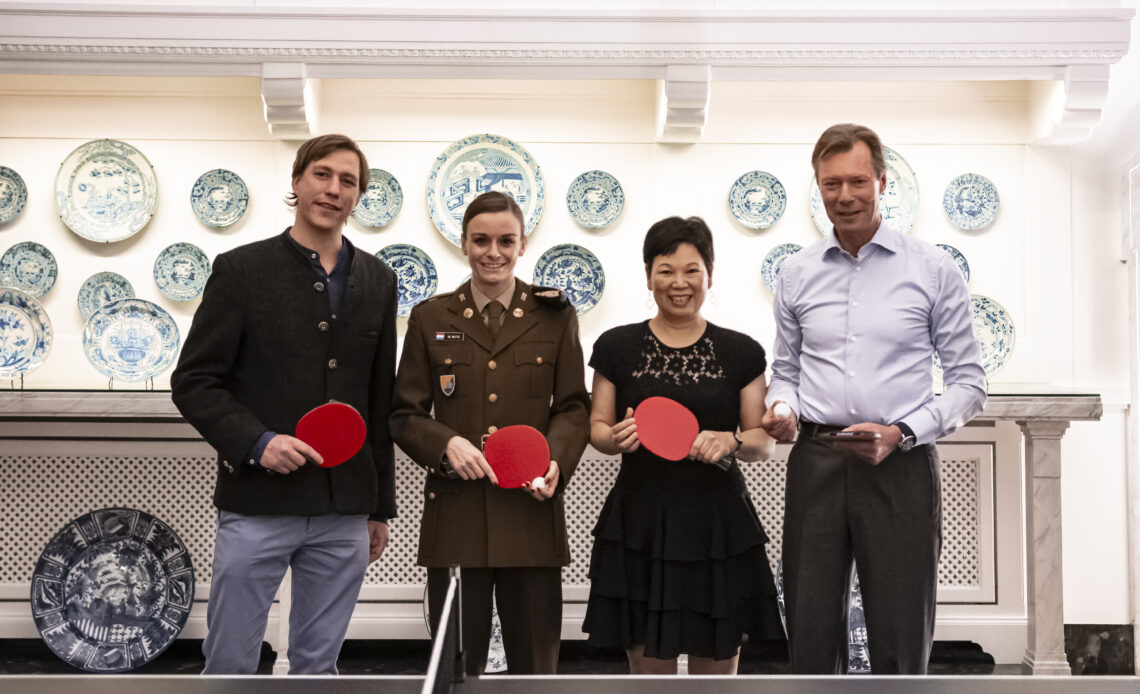 Grand Duke Henri of Luxembourg has played some games of table tennis with Luxembourgish bronze medalists.

After holding an audience with the athletes and their coach, Grand Duke Henri surprised his guests by having a table set up for games. He had some fun and played some games of table tennis with the medalists, and Prince Louis also got in on the action as his son, Prince Gabriel, watched on. Both Henri and Louis were seen laughing and enjoying themselves during the games in Château de Berg.

At the end of the night, Ni Xia Lian and Sarah de Nutte signed some tennis rackets for the royals.

Prince Louis and Prince Gabriel, 15, had already met the athletes on Friday, 17 December, at a reception for the Luxembourg Table Tennis Federation, of which Louis is patron, after the World Cup in the United States. They were able to congratulate the athletes and partake in a couple of games with the bronze medalists.