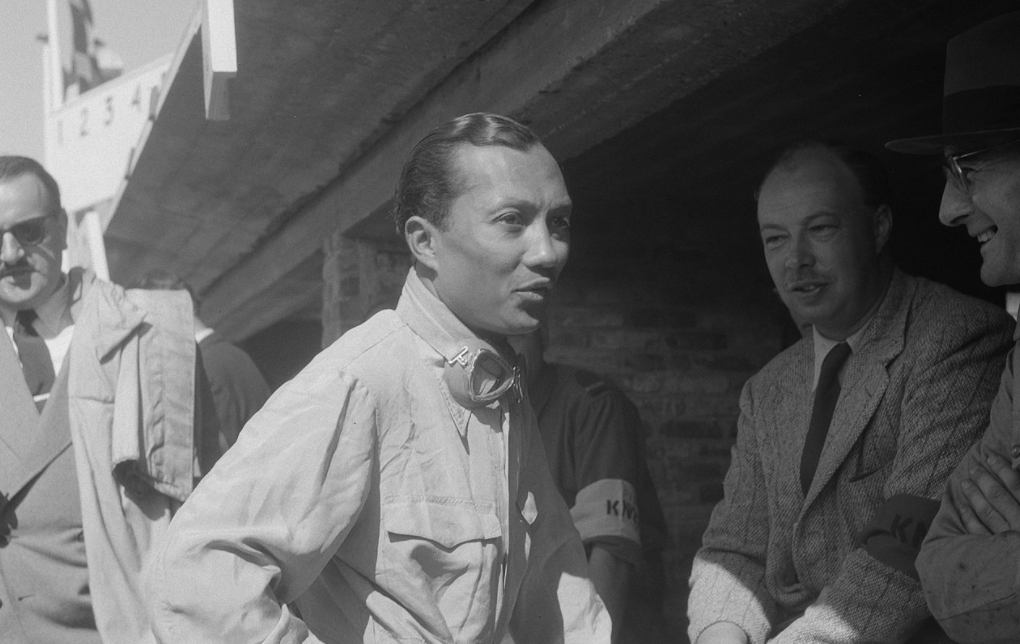 Unknown to many today, Prince Bira of Siam was an Olympian who represented Siam (now called Thailand) in sailing.

Bira’s full title was Prince Birabongse Bhanudej Bhanubandh, and he was the son of Prince Bhanurangsi Savangwongse and grandson of King King Mongkut – the King famous from The King and I. His uncle was King Chulalongkorn.

Prince Bira competed in four Summer Olympic Games: 1956 Melbourne, 1960 Rome, 1964 Tokyo and 1972 Munich. Each time he represented Thailand in sailing, but unfortunately, he never medaled. The highest he placed was 12th in the 1956 competition.

Sailing was not the Prince’s only sport; he was also a Formula 1 racer and had a career that spanned from 1950 to 1054. He first competed in the 1950 British Grand Prix, and his final race in the F1 championships was at the 1954 Spanish Grand Prix. In total, he competed in 19 races. He was instrumental in Thailand’s development of racing colours, pale blue and yellow. He was inspired by a Scandinavian woman he only knew for a short time.

The Prince was also a pilot and taught fighter pilots in the UK’s Royal Air Force during World War Two.

Prince Bira was born on 15 July 1914 in Bangkok’s Grand Palace. He was married five times, including to fellow 1964 Thai Olympian Arunee Bhanubandh. Arunee also competed in sailing but did not medal. She placed 22nd.

Bira died in the United Kingdom after collapsing with a heart attack.