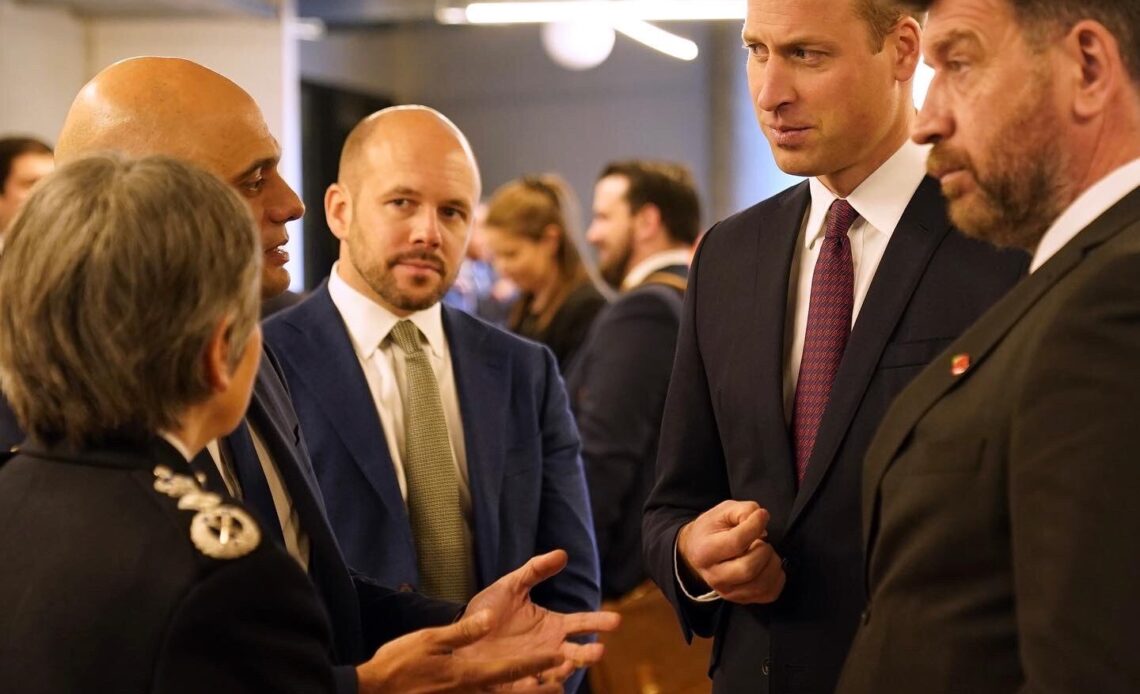 Speaking at The Royal Foundation’s Emergency Services Mental Health Symposium, Prince William referred to the day as a big moment and said that “this big moment comes at a critical time.”

He continued, speaking of the role first responders have played during the pandemic: “The past two years have been a sharp reminder of the debt of gratitude we owe to staff and volunteers from our police, fire, ambulance, and search and rescue services.

“As we have heard, working as an emergency responder places significant strain on an individual’s mental health even in normal times. In a pandemic, for many, it has been almost unmanageable.

“They have been placed under inordinate amounts of pressure – not just professionally, but also personally.”

The Emergency Services Mental Health Symposium saw 200 leaders from police, fire, ambulance, and other emergency services join William in pledging to support the mental health of their workers with the Mental Health at Work Commitment.

“This is an unprecedented agreement, and it sends a powerful message to all emergency responders that mental health is, and will remain, a firm priority for the UK’s emergency services,” the Duke said.

“It means that, for the first time, a uniform set of standards for supporting the mental health of emergency responders will be adopted and integrated into their workplaces.”

William went on to praise the work of emergency services leaders for setting a “tremendous example” before announcing Blue Light Together, an online mental health services resource for emergency services workers, retirees, and their families.

“The network will be the first of its kind and will be available to the entire emergency responder community. The therapists will be given ongoing bespoke training and support to enable them to provide emergency responders with the best possible care,” Prince William said.

According to Kensington Palace, Blue Light Together is a uniform set of standards that will support mental health initiatives for emergency service workers. The mental health charity Mind, which has partnered with The Royal Foundation, The Ambulance Staff Charity, Police Care UK and The Fire Fighters Charity, has created a website portal of resources for those in need to access confidentially.

Before ending his speech, the Duke of Cambridge once again thanked the emergency services workers saying, “The work you do is some of the toughest out there, and we owe you an enormous debt of gratitude.

“I would only ask that you look out for your own wellbeing, just as you tirelessly care for everyone else’s.”

More information about Blue Light Together can be found here.