William and Kate to star in holiday special with Mary Berry 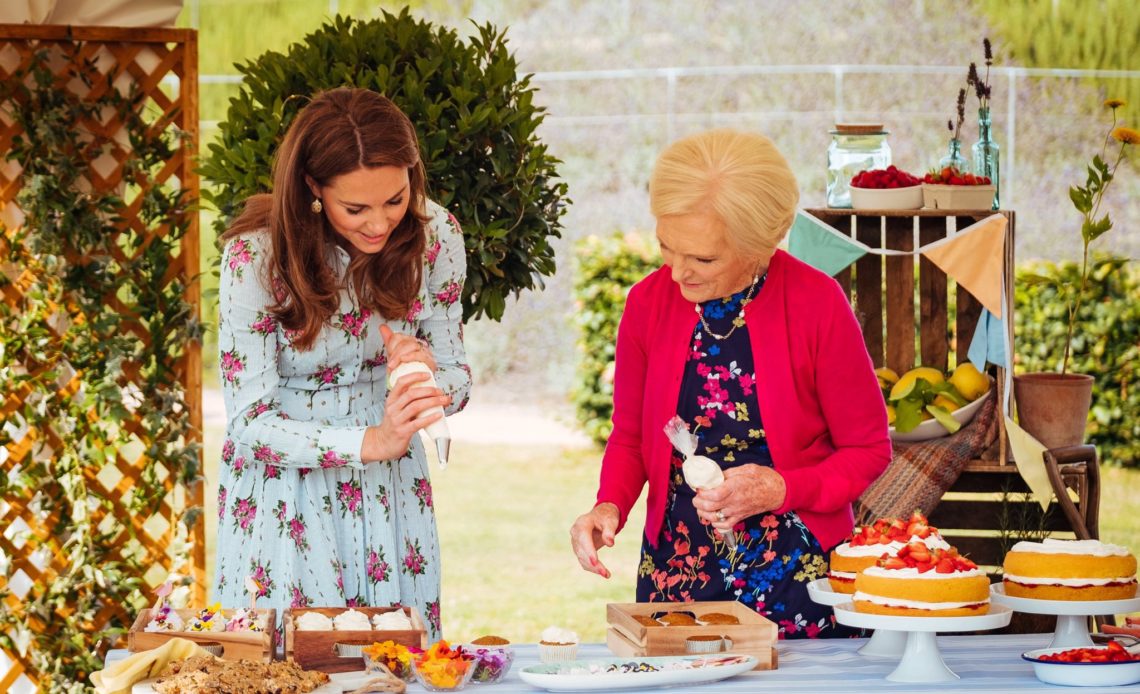 The Duke and Duchess of Cambridge have teamed up with British baking legend Mary Berry for a festive holiday special designed to thank those helping out at Christmas.

The special, A Berry Royal Christmas, will air on BBC One later in December and features segments shot at various charities that William and Kate support, culminating in a holiday party to thank charity workers.

Kensington Palace tweeted the news Saturday evening, though rumours had been bandied about the internet for a couple of weeks. BBC One had previously announced the programme, though in the programming description, “Mary will design a fittingly festive feast for a very special party laid on by some VIPs,” it failed to mention who those VIPs were.

Hello! magazine spoke to a source who revealed more information on the logistics of the project, saying that “The Duke and Duchess were joined by Mary on several different engagements over the past couple of months and showed her some of the charities and patronages close to their hearts to explain a bit about why they do what they do.

“They wanted to show her why they care so much about these organisations and Mary comes up with ideas for recipes for the event.”

Mary filmed two segments with the Duchess and one with the Duke, before their joint holiday party. During her segments with Kate, Mary joined her behind the scenes at the RHS Wisley Show back in the early fall, where the final Back to Nature Garden debuted in a permanent location.

The two can be seen icing desserts in a photo shared on the Kensington Royal Twitter account, and the caption reads that Mary learned more about “The Duchess’s commitment to the early years in raising the next generation of happy, healthy children.”

The two then visited The Brink, a dry bar founded by Kate’s patronage, Action on Addiction, “to meet the inspiring people whose lives have been changed by the help and support of the charity.”

A source told Hello! that Kate’s segments will be very heart-warming, and that “the conversations they have really pull on the heartstrings. You get a really good sense of who she is – maybe more so than before.”

During Mary’s segment with William, the pair visited The Passage to meet “some of the 130,000 people helped by the charity’s resource centre, homelessness prevention projects and two innovative accommodation services.”

Hello! reports that William will speak about how the charity work undertaken by his parents and grandparents have inspired him to help out.

“Growing up, both of my parents were hugely charitable. My father set up The Prince’s Trust. He’s involved in so many different organisations. My mother has done her work with homelessness and as you said AIDS and other charities, and I think I’ve grown up in a household which has been very much a case of, ‘Well, we’re very lucky – you must give back.’

Of his grandparents, The Queen and The Duke of Edinburgh, William will say, “My grandmother becoming Queen at a very young age, in the days when it was a man’s world, it was very difficult for her to … make a difference. And she’s done it. In her own very unique, distinct way, and you know, my grandmother and my grandfather together are the epitome of public service. And I personally get a lot out of helping people. I find that you hear and you understand and you learn so much more by giving a bit of your time, a bit of your day, to just be around.”

The final segment will be a holiday party hosted by Their Royal Highnesses, featuring food cooked by Mary. The party will be “to thank and acknowledge staff and volunteers from charities and organisations who will be working tirelessly over the Christmas period,” per Kensington Palace and includes people involved in their patronages.

Mary was aided by Great British Bake-Off winner Nadiya Hussain and William and Kate for the party, which was held at the Rosewood Hotel in London in November.

In a statement, Mary said, “I am honoured that The Duke and Duchess of Cambridge have invited me to join them on four of their royal charity engagements this Christmas. It will be truly special to see the causes so close to their hearts, as well as to hear all about the amazing support these charities provide.

“The finale is a big Christmas party and I will be cooking up a feast for them to enjoy. A one-hour Christmas special not to be missed.”

A Berry Royal Christmas airs on BBC One on Monday 16 December at 8:30 pm.