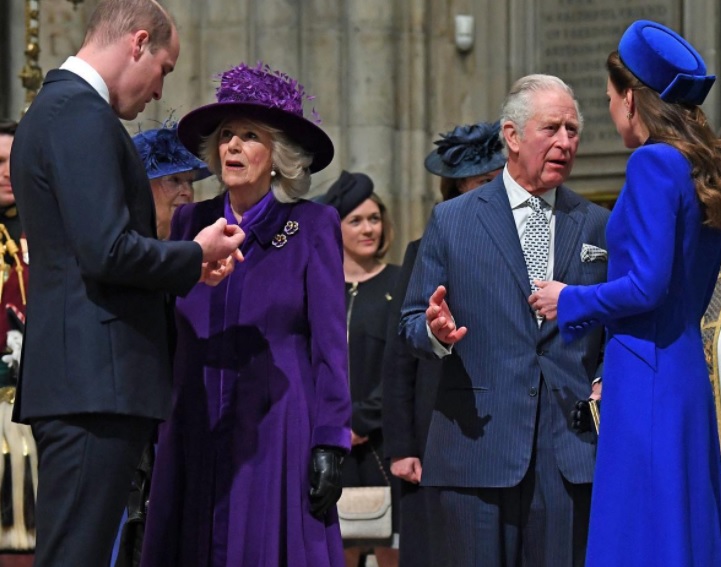 The Prince of Wales and the Duke of Cambridge will attend the State Opening of Parliament today as The Queen misses the ceremony for the first time in almost 60 years.

And while Prince Charles will read The Queen’s speech, both he and Prince William need to be present for the machinery of state to operate.

They are both attending Parliament on May 10th 2022 as Counsellors of State. The role was created by the 1937 Regency Act and allows nominated people to act on behalf of the Monarch in the case of ‘’temporary incapacity’’ or absence from the United Kingdom.

The first four adults in the line of succession can act as counsellors but two must exercise the function together. It means that neither Charles nor William could open Parliament by themselves.

At Her Majesty’s request, and with the agreement of the relevant authorities, The Prince of Wales will read The Queen’s speech on Her Majesty’s behalf, with The Duke of Cambridge also in attendance.’’

It is expected that the royal party, which will also include the Duchess of Cornwall, will sit in front of the assembled Lords while members of the House of Commons, as is traditional, will crowd into an area at the end of the chamber to hear the speech which is actually written by the government.

Letters patent were authorised by The Queen to allow two counsellors, in this instance Prince Charles and Prince William, to open Parliament. It is the first time that Counsellors of State have ever opened Parliament.

If either Charles or William had to withdraw, another counsellor would have to be called on. The other two Counsellors of State are Prince Andrew and Prince Harry.