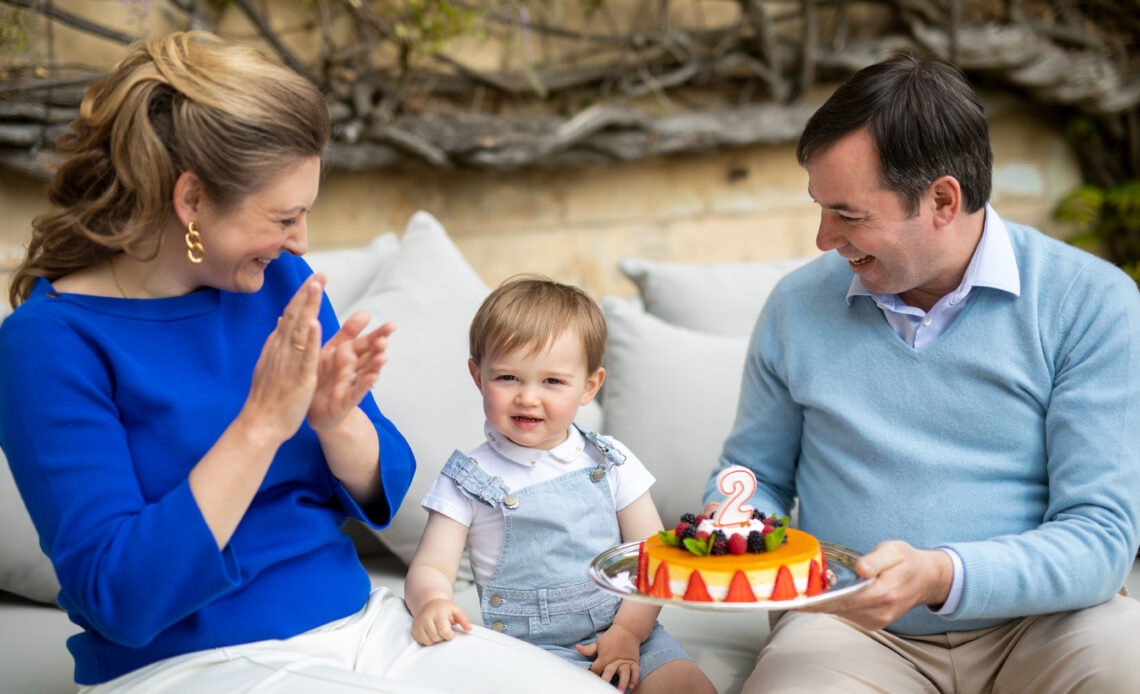 The Grand Ducal Court has released several photos to mark the occasion that were taken by Kary Barthelmey.

The two-year-old smiles and plays with his parents in the images released on 9 May.

The little royal regularly accompanies his parents on engagements in Luxembourg, with his most recent appearance being on 5 May, when he joined his parents on a visit to Parc Merveilleux. Prince Charles was seen petting and greeting many of the animals in the tourist park and zoo. He was even given a chance to ride a children’s with his mum and dad.