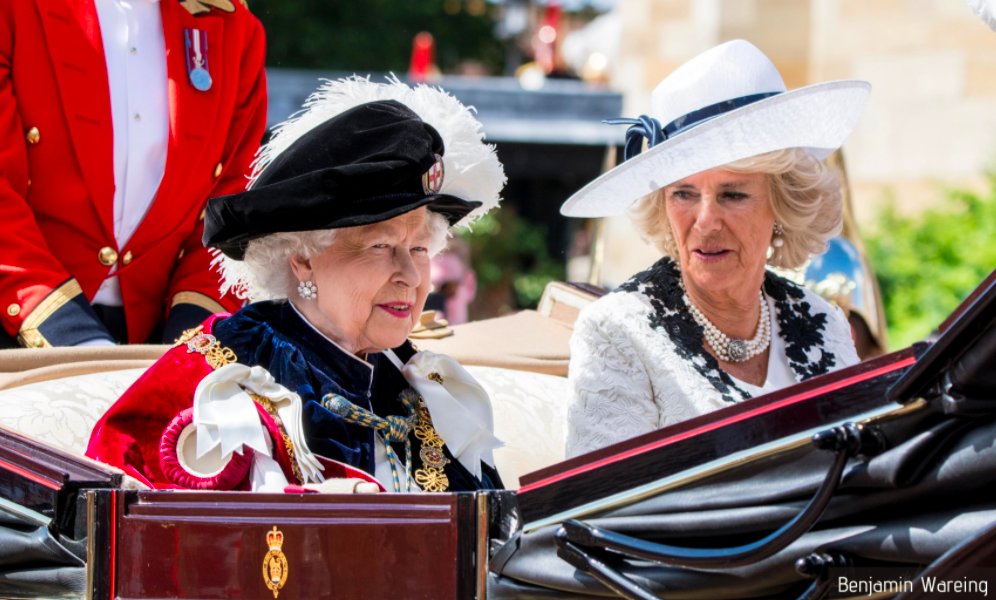 I’d love to preface this opinion piece by telling you that the Princess of Wales has just had a busy day of engagements, supporting the St John’s Foundation in Bath in the morning and then hosting a reception in the evening for Team GB equestrians.

I have to tell you that the Duchess of Cornwall did all that, because that’s how we’re still referring to Camilla. The same Camilla who has been a tireless and staunch working member of the Royal Family from the day she married Prince Charles.

In addition to her work on behalf of her patronages, which speaks for itself, Camilla also holds a number of important royal roles: she was named a Royal Lady of the Most Noble Order of the Garter on New Year’s Day. She is a Dame Grand Cross of the Royal Victorian Order. She is a member of Her Majesty’s Most Honourable Privy Council.

But she’s not referred to by most primary title afforded to her as the wife of Prince Charles: Princess of Wales.

So, in light of The Queen’s Accession Day letter, in which she shared her “sincere wish that, when that time comes, Camilla will be known as Queen Consort as she continues her own loyal service,” why not take it a step further and insist that Camilla now be known as Princess of Wales?

Monarchy is by its nature slow-moving and slow-changing. It doesn’t alter overnight—as evidenced by the fact that this “sincere wish” that Camilla one day be known as Queen has taken 17 years to be epxressed —but it does happen. So, let’s make it a full-circle moment: why wait for the “fullness of time” to give Camilla her proper titles? Let’s start calling her the Princess of Wales now.

I’m not here to argue the happenings of the volatile ‘80s and ‘90s. We all know what happened, but the past is the past—no matter how many times Hollywood seems keen to dredge it up. Diana, for as much good as she did in her lifetime (and trust me, as a big admirer of both Diana and the work she did, I could write a book about her), has been gone for 25 years. The sins of the past are stuck there. Let’s not keep Camilla ensconced there, too, fortified by the weaponised memory of Diana.

At the time of their engagement, Clarence House noted that Camilla would use the title Duchess of Cornwall and, in time, Princess Consort. It cooled the outrage still simmering at the time, but to me, it always seemed like a temporary bandage and not a permanent solution.

The title of Princess Consort may have seemed like a consolation prize for a woman who seemed totally reviled by some at the time, but in the nearly 20 years since she became a full-time working royal, Camilla has proven herself an ample and game member of the Royal Family. It’s only fitting that she one day become Queen Camilla, just like it’s only fitting that she now starts using the title of Princess of Wales.

Camilla has tirelessly and steadfastly supported domestic violence survivors. She champions literacy and literature. She supports rescue animals, equestrians and horses, the military, all without searching for a limelight or a fanfare or an award for the work she does day in and day out.

She supports Prince Charles through thick and thin. She is the very definition of a partner willing to carry out the role of consort and unselfishly make the sacrifices that go with it, as The Queen referred to both her late husband Prince Philip, and her mother, The Queen Mother, in her Accession Day letter last week.

I’m a firm believer in the saying ‘when a person shows you who they are, let them.’ Camilla has been showing us for the past 20 years who she is within the Royal Family. She’s passionate, articulate, and shows great strength of character to support the causes she does, and to support her husband in his role.