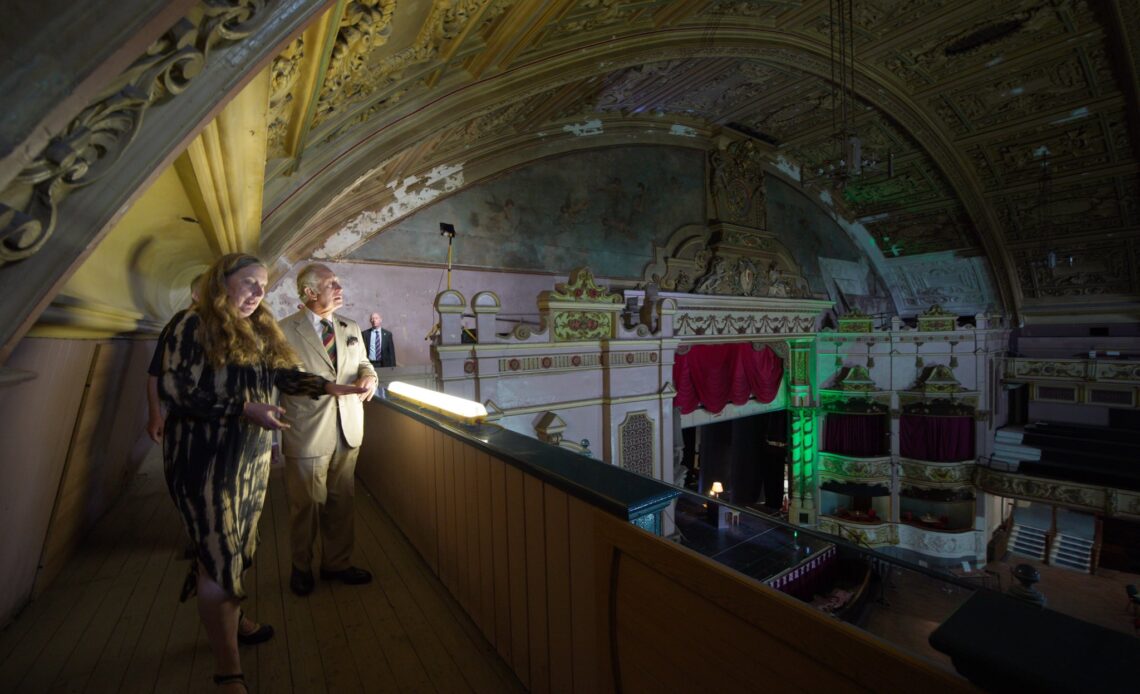 The Prince of Wales was on hand to celebrate the 125th anniversary of a historic theatre in Lancashire.

Prince Charles carried out a series of engagements in the area on 8 July, with the main event at the Winter Gardens Theatre. Upon arrival, Prince Charles met with staff of the Morecambe Bay Foodbank to learn more about their programming in the area before receiving a tour of the theatre’s renovated facilities—all while organist Peter Jepsen performed a melody.

In a speech after unveiling a plaque in the Royal Box, the Prince of Wales said: “I’m so glad to have had this all-too-brief opportunity to join you today.

“As somebody who, I’m afraid, has a terrible weakness for trying to rescue heritage buildings of all kinds around this country and elsewhere with varying degrees of success, because you know as well as I do how much of a challenge it is to marshal all the resources and everything else to be able to bring these remarkable places back to life for the sake of local people and for so many valuable uses.

“I do greatly admire people like yourselves who are so passionate that you won’t give up, you manage to battle on and never take no for an answer.”

The Winter Gardens Theatre officially opened in 1878 and was saved from demolition in 1985. Some greats who have taken the stage there include Shirley Bassey, The Rolling Stones, The Who, Laurel and Hardy and Sir Edward Elgar.

According to Clarence House, since 2006, when the ownership changed hands to a charitable preservation trust, restoration work has been carried out, with volunteers working over 12,500 last year alone to raise funds for the monthly running costs of the theatre.

Since 2020, “over £1.2 million has been raised from 11 different grants from bodies including Historic England, Theatres Trust, Coastal Communities, DCMS, Architectural Heritage Fund and donations through Crowdfunder and charity boxes in the Theatre.”

Following his visit to the theatre, Prince Charles travelled to the Morecambe Fire Station to celebrate 21 years of the Lancashire Fire and Rescue Service. He later visited the 2nd Battalion, The Mercian Regiment, at Weeton Barracks to meet its members and present Platinum Jubilee medals.