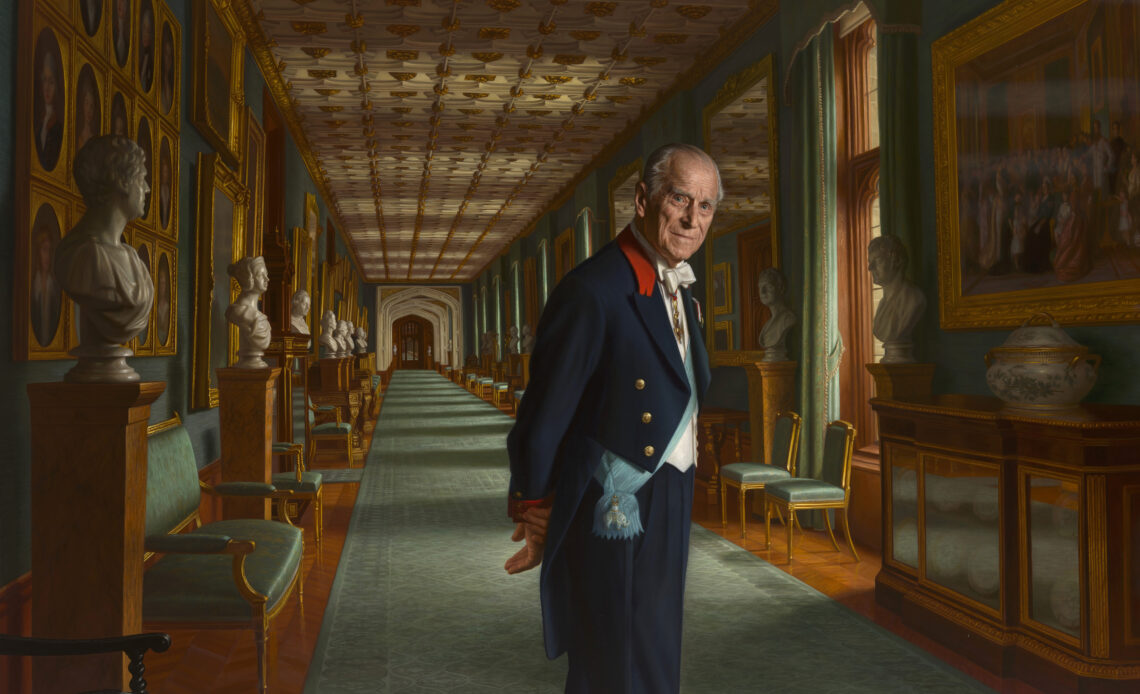 The smile is familiar, as is the stance. In what would prove to be his final portrait, Prince Philip is caught for eternity staring at his viewer as he prepares to walk one of the many corridors of Windsor Castle, seat of the royal dynasty which became his life. And at the end of that path he is about to walk is the Tapestry Room where his mother was born. Philip was going home.

That poignant portrait, by Ralph Heimans, is now centre stage in the new exhibition at Windsor Castle, marking the life and legacy of the Duke of Edinburgh. Prince Philip, A Celebration opens to the public on June 24th and features a wide range of items telling his long and varied royal story. But that final formal image of him, with its special links to his mother, is among the most important.

Ralph Heimans said, at the time the portrait was unveiled in 2017, that he hoped it caught something of the Prince’s spirit. However, it also encapsulates his royal story. The final portrait of the man who became Britain’s longest serving consort comes to an end where his own mother’s story began.

The Prince’s mother, Alice, was born on February 25th 1885 in the Tapestry Room at Windsor Castle with her great grandmother, Queen Victoria, in attendance. Her parents were Prince Louis of Battenberg and Princess Victoria of Hesse and by Rhine and Alice was the first of their four children. Years later, she would see her only son marry Victoria’s great, great granddaughter, Elizabeth.

Philip”s paternal family is also included in the portrait. He is wearing the Order of the Elephant, the highest honour in Denmark. At birth he was a Prince of Greece and of Denmark through his father, Prince Andrew. Although he gave those titles up ahead of his marriage to Princess Elizabeth, this final royal rendering of him takes him back to where he began.

In the portrait, the path between Philip’s royal present and his past is a long corridor, lined with sculptures and portraits, images of the royal story of which he became an integral part. But his focus seems clear. It is to say goodbye and go home.

When Prince Philip posed for this final portrait, he most likely knew he was about to step back from the royal public life that he had taken on so faithfully for decades. His retirement came in August 2017. And in the end, despite a month long stay in hospital at the start of 2021, Prince Philip was back at Windsor Castle at the time of his death, on April 9th 2021.

It is there that his life is now celebrated in this special exhibition, put together by the Royal Collection Trust. It runs from June 24th until September 20th 2021.