The Queen’s Reign in Jewels: The Imperial State Crown 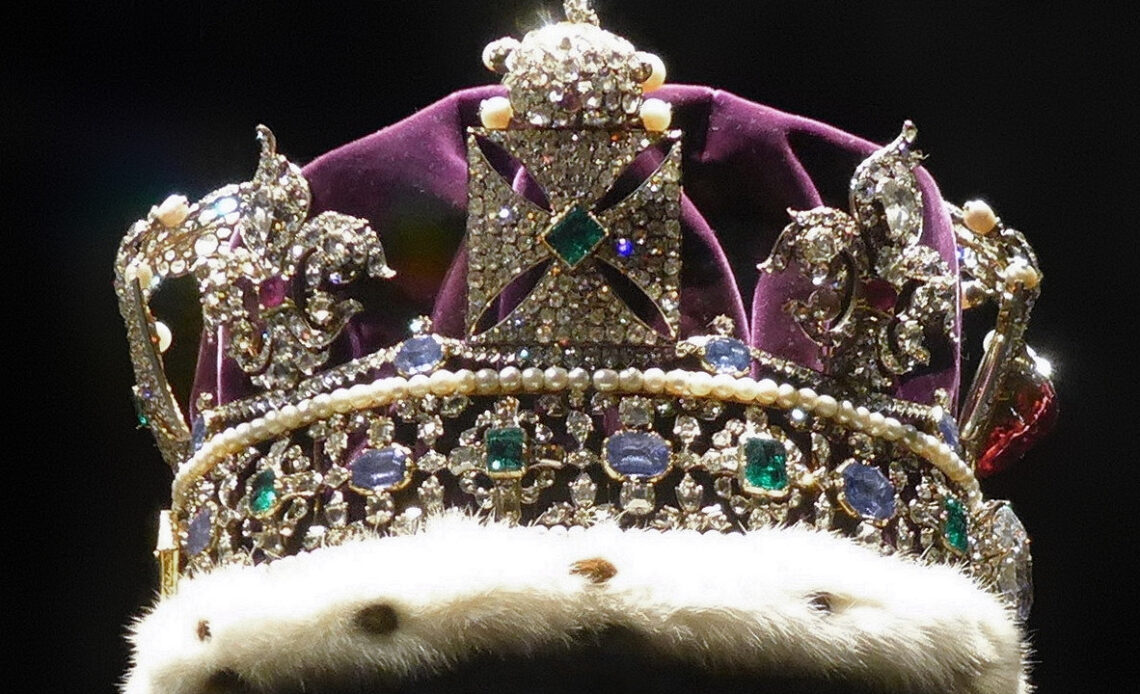 The Imperial State Crown is one of the most symbolic images of the royalty, though it only dates back to 1937. The real history lies in the jewels that adorn it.

It was created the Coronation of 1937 but while it was being planned, it was believed it would be placed on the head of Edward VIII. However, he abdicated in December 1936, and instead, his younger brother became George VI and the Imperial State Crown was brought to his Coronation.

The Imperial State Crown is used at coronations for when the monarch leaves Westminster Abbey and is again used at formal events, such as the State Opening of Parliament.

At the centre of the cross on the front is one of the oldest pieces of jewellery in the royal collection: The Black Prince’s Ruby, which was gifted to the Prince of Wales (also known as The Black Prince) in 1367 by Pedro the Cruel, the King of Castile.

The cushion-shaped brilliant diamond set on the front band is the Cullinan II, which was cut from the Cullinan Diamond. At the back, a sapphire known as the Stuart Sapphire is set. The two gems are connected by a frieze that features emeralds, sapphires and pearls.

The four large pearls at the front are Queen Elizabeth’s Earrings, which originated with Catherine de Medici, who gave them to her daughter-in-law Mary, Queen of Scots. Queen Elizabeth I allegedly purchased the pearls when her Scottish counterpart was awaiting trial.

Among the jewels included in the Imperial State Crown, the Tower of London website notes that there are 2,868 diamonds, 17 sapphires, 11 emeralds, 269 pearls, and 4 rubies.

The Imperial State Crown’s design was based on a crown created for Queen Victoria by Rundell, Bridge & Rundell; this 1937 crown was designed by Garrard & Co.

In 1953, the Imperial State Crown was altered to appear more feminine in design for Queen Elizabeth II, and the band was reduced to fit her head.

In a 2018 documentary that looked back on her Coronation and the Crown Jewels, The Queen came face-to-face with the Imperial State Crown and said about it, “Fortunately, my father and I have about the same sort of shaped head. But once you put it on, it stays. I mean it just remains on.”

She added that the three-pound crown was heavy and unwieldly: “You can’t look down to read the speech, you have to take the speech up. Because if you did, your neck would break—it would fall off.”