The Queen’s Reign in Jewels: The George VI Victorian Suite 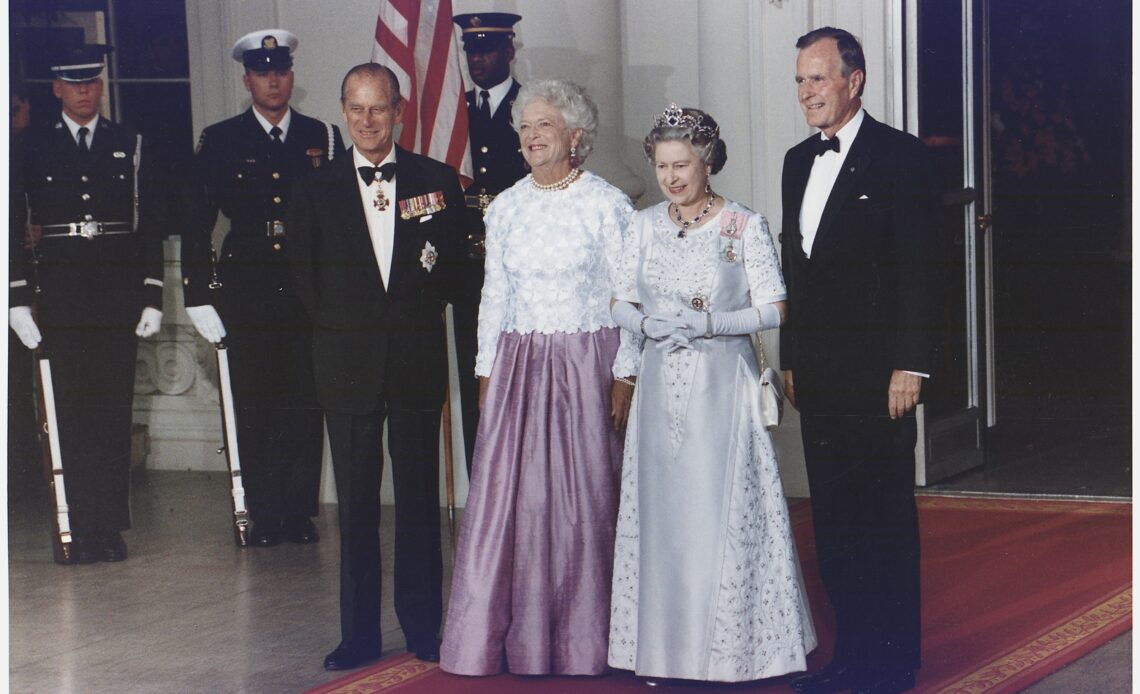 The Queen has many impressive suites in her jewellery vaults. The King George VI Victorian Suite is one of the most sentimental sets in her collection and has a short but meaningful history for Her Majesty.

King George VI gave his eldest daughter, the then-Princess Elizabeth, a wedding gift of a Victorian suite that he had purchased. It is thought that it was initially created at some point around 1850 and consisted of a necklace of oblong sapphires that are surrounded by round diamonds and collets, as well as a pair of hanging square sapphire and diamond earrings.

The Queen has also changed and added to the suite multiple times. At the beginning of her reign in 1952, she had the necklace shortened by removing the largest sapphire and a second smaller sapphire, and in 1959, the larger sapphire was used to make a brooch.

In 1963, Elizabeth purchased a diamond and sapphire necklace that Princess Louise of Belgium had originally owned and had it set into a tiara that she frequently wears with the King George VI Victorian Suite.

Her Majesty has worn the Victorian Suite several times throughout her reign. She wore the original suite for formal portraits at her then-home, Clarence House, in 1952, before leaving for a tour to Kenya. (The images were not actually released until after court mourning ended on 1 June 1952.) And in 1969, she wore the full suite – including the added tiara – to a charity concert she attended with Prince Philip.

Noel Coward saw The Queen wearing the necklace in its original longer length at the 1954 Royal Command Performance and wrote in his diary afterwards, “The Queen looked luminously lovely and was wearing the largest sapphires I have ever seen.”

More recently, Her Majesty wore part of the set for a state dinner during the 2015 State Visit by Chinese President Xi Jinping and his wife; she wore the tiara, necklace, and earrings, as well as several family orders for the formal event.