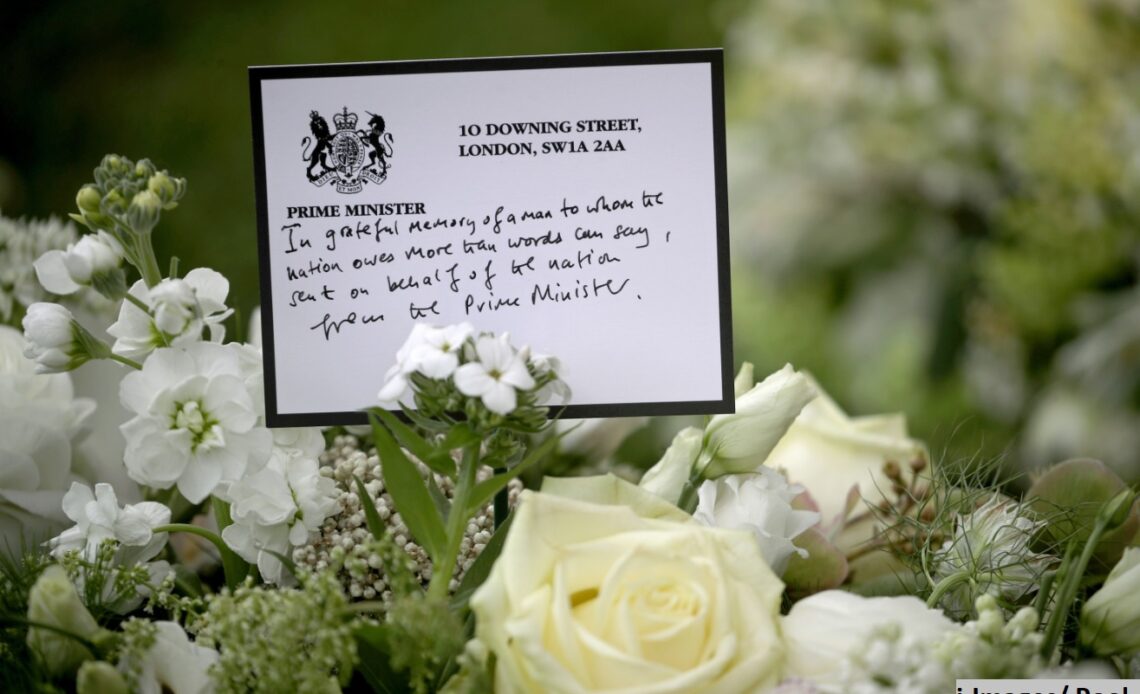 The UK’s Prime Minister, Boris Johnson, has sent a wreath to Windsor wit a handwritten note paying tribute to the Duke of Edinburgh, just hours before the royal funeral takes place at St. George’s Chapel.

The wreath features white roses and orchids, the flowers carried by The Queen at her wedding to Prince Philip in 1947.

The note with the tribute reads ”In grateful memory of a man to whom the nation owes more than words can say, sent on behalf of the nation, from the Prime Minister’.

Boris Johnson paid tribute to the Duke of Edinburgh just minutes after his death was announced on April 9th 2021 with a speech outside Downing Street. He later joined commemorations in the House of Commons which sat in a special session to recognise the passing and legacy of Prince Philip.

However, no politicians will be among the guests at the funeral. The Prime Minister said he wouldn’t be attending the service to allow as many family members and friends to be present as possible. Current coronavirus restrictions limit the number of mourners at all funerals in England to just thirty.

The Duke of Edinburgh’s funeral takes place at 3pm on April 17th 2021 and will be preceded by a minute’s silence across the UK.