The Girls of Great Britain and Ireland Tiara: an iconic royal jewel

The Queen has numerous tiaras to choose from for formal occasions. However, there are a few that she turns to again and again. The Girls of Great Britain and Ireland Tiara is one of those pieces, and even features in the first portraits taken during her reign.

Queen Mary’s Girls of Great Britain and Ireland Tiara was given to Princess May of Teck as a wedding present. Society hostess Lady Eve Greville formed a committee to raise money for a wedding gift, and they brought in over £5,000. They purchased the tiara from favourite jeweller Garrard, and at the princess’s request, donated the remaining funds to aid the survivors of men who died after the sinking of HMS Victoria.

The tiara is a festoon-and-scroll design, with diamonds and gold creating fleur des lis and scroll patterns. Originally it featured fourteen pearls; in the 1910s, Mary decided to swap out the fourteen pearls for thirteen diamonds and remove the diamond base to be worn separately. (The pearls were then used in the Lover’s Knot Tiara.)

Queen Mary gave the tiara as a gift to Princess Elizabeth for her 1947 wedding to Prince Philip of Greece and Denmark. The tiara actually went on display at St. James’s Palace, along with thousands of other wedding presents before the wedding. Elizabeth immediately referred to the tiara as “Granny’s tiara”.

The Queen wears the Girls of Great Britain and Ireland tiara frequently,and that started early in her reign. Just three weeks after her father’s death on 6 February 1952, Elizabeth wore the tiara for Dorothy Wilding’s portraits. Wilding’s 1953 portraits of The Queen in the tiara would go on to be the basis for the 2 ½ pence stamp celebrating her oCronation.

Her Majesty has made some changes to the tiara herself. In the 1960s, The Queen reattached the bandeau base to wear the tiara at its full height once again.

The Girls of Great Britain and Ireland Tiara will be going on display at Buckingham Palace from 22 July to 2 October 2022. The Royal Collection Trust is staging three different exhibitions for the Platinum Jubilee, with The Queen’s Accession celebrated at Buckingham Palace, her Coronation at Windsor Castle, and her Jubilees at the Palace of Holyroodhouse  in Edinburgh. 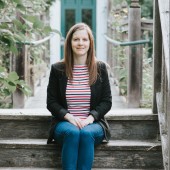