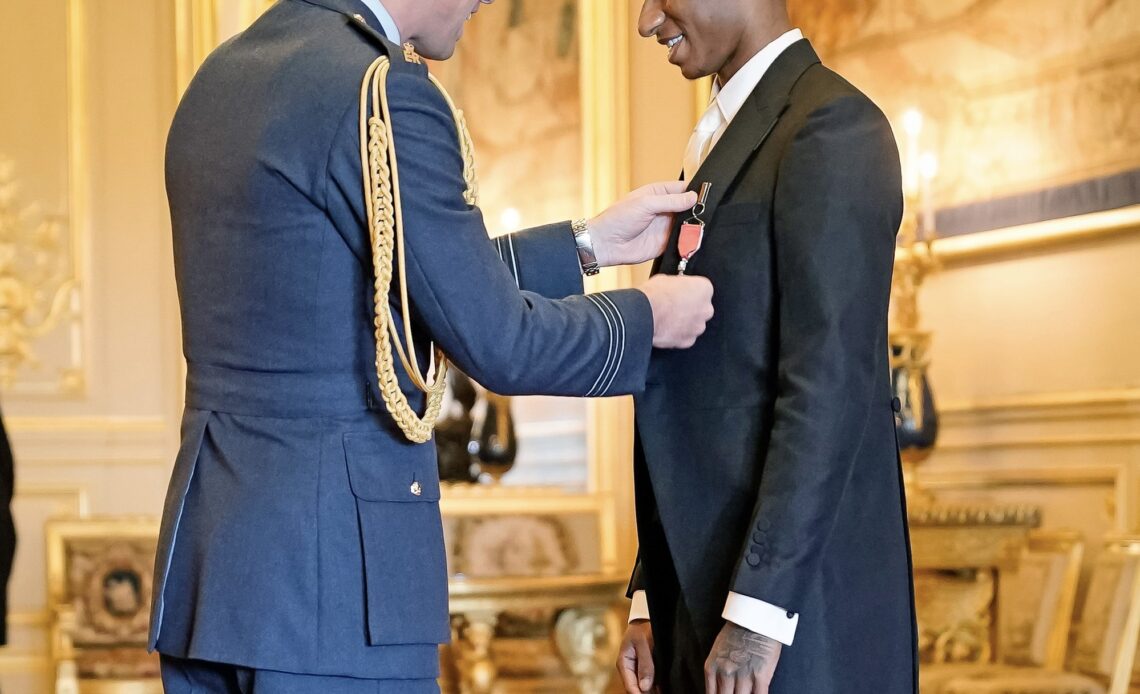 The Duke of Cambridge has carried out his first Investiture ceremony since the pandemic began with a ceremony at Windsor Castle.

Ahead of the event, on November 9th 2021, William tweeted from the Kensington Palace Twitter account, “Pleased to be back doing investitures in person, celebrating people across the UK who have gone above and beyond for their country and community,” and signed it with a ‘W.’

Among the honourees were Marcus Rashford, the Manchester United and England football star who was recognised for his work to ensure children had access to food during the pandemic.

Rashford has since formed a taskforce that works with the UK’s biggest food retailers and food banks to provide food to vulnerable children. Speaking to reporters after the ceremony, Rashford said: “There’s a lot of work to be done. We’re nowhere near where we want to be, or where we feel the kids deserve to be. We’ve just got to stick at it and keep going.”

He also announced that he planned to give his MBE medal to his mother to thank her for all she did raising him and his three siblings. He shared on his Twitter account about William that it was “An honour to spend the morning with you. Thank you for making the day so special for me and mum. Very proud.”

William and Kate’s Twitter shared a photo of Marcus receiving his MBE with the caption, “Keep continuing the vital work you are doing for vulnerable children across the UK.”

Others recognised by William included Carl-Austin Behan, a campaigner for charity and the LGBTQ+ community in the Greater Manchester area. He shared on his Twitter account, “Feeling proud, honoured & humbled to spend a morning at Windsor Castle to receive my OBE along with many other deserving recipients…”

The Kensington Royal Twitter account shared that Behan plays “an active role in his community, including through his 14 years in the Boys’ Brigade as a youngster, and voluntary roles later supporting the Northern Air Hospital Radio & Gaydio, an LGBT radio station.”

Dame Sheila said afterwards, “Up until now I hadn’t believed it was going to happen. I knew a year ago and I thought ‘It’s all been a terrible mistake. But now I’ve got the badges I’m beginning to think ‘oh, well maybe that did happen I am a Dame. It is just curious, quite honestly, it’s a great honour, I’m extremely grateful to the people who decided I should have this because I always think it’s recognition of your profession and in my case some of the charities I represent.”

Investitures are awarded to people from across the UK for services to their country across a wide swath of work. Honourees are announced twice a year: on New Year’s and at The Queen’s birthday; and they receive their awards at Investiture ceremonies hosted by The Queen, The Prince of Wales, the Duke of Cambridge or the Princess Royal.