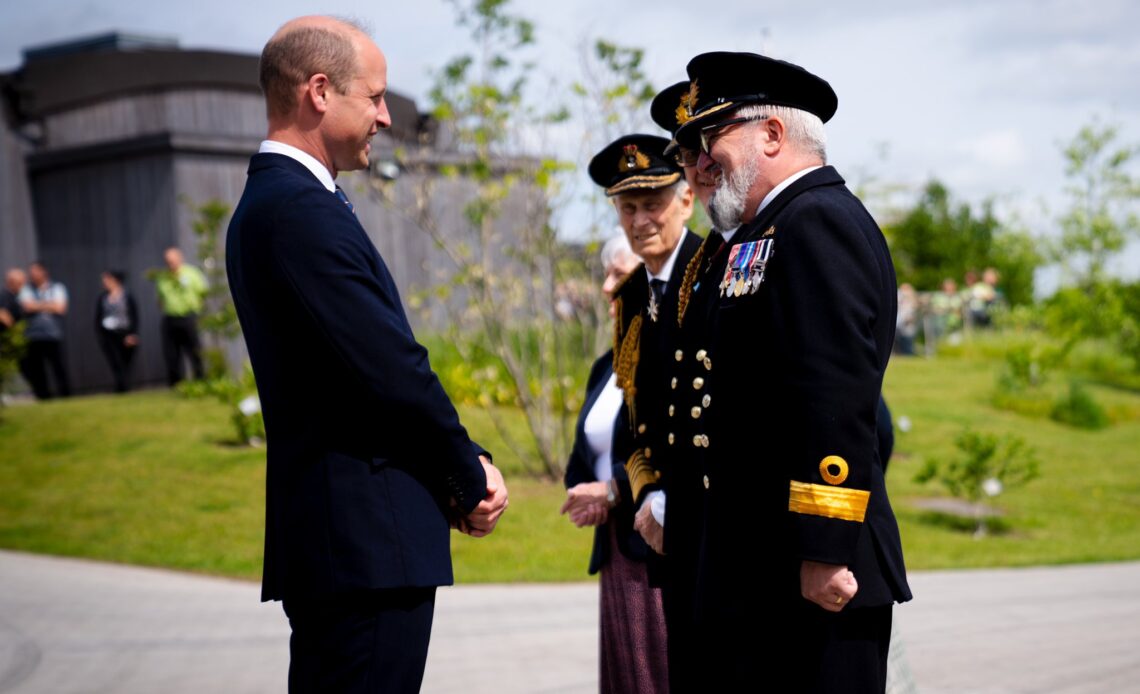 The Duke of Cambridge paid tribute to the fortitude of Submariners as he unveiled a new memorial to those who’ve lost their lives in service.

William, who is Commodore-in-Chief Submarines, attended the memorial unveiling at the National Memorial Arboretum in Staffordshire on May 18th 2022. In a speech, he said that Submariners has often been an “invisible force” for over 120 years and “so often out of sight and out of mind.”

He continued that “The risks and the sacrifices associated with such service are clear, and you would be hard pressed to find a more challenging environment to serve in.

“It is however within this environment that some of our best men and women work, and live.  All of you will in some way be familiar with the long periods of separation, the lack of contact with loved ones, and the uncertainty of what the next day holds. It is because of the continued resilience in the face of such challenges that we are gathered here now. With this memorial, we are not only providing a focal point for today’s submarine community, but also a moving tribute to the memory of lost shipmates and loved ones, and a place for people to come and remember them.”

The memorial, designed by Paul Day, was chosen by committee after applicants were invited to submit designs in 2020. It features a quote by former UK Prime Minister, Winston Churchill, that reads, “Of all the branches of men in the forces there is none which shows more devotion and faces grimmer perils than the submariner.”

On the Submariner Memorial website, Day spoke of his winning design, saying that the coning tower surrounding the sculpture of the Submariner mimics the “constraints upon movement that dictate life onboard a submarine,” and that the Submariner is a “solitary standing figure, perhaps looking up to where the danger may come from or to where salvation may lie (the surface of the sea, air to breathe and sunlight), would give the memorial a human scale and a focal point for wreath laying.”

One side of the memorial features a low relief that shows spouses, children and parents to recognise “the sacrifice of families who bear the brunt of separation and worry.”

In the 120 years since the creation of the Submariners, nearly 6,000 of them have lost their lives.

William said, “It is a great testament to the spirit of this indomitable community that everyone came together to make the image of this memorial a reality. To those serving, our veterans, the families, and the submarine industries, you have my heartfelt thanks for donating, no matter the amount. I would also like to thank those who ran, rowed, cycled, or conducted any form of fundraising for the appeal.”

Following the memorial unveiling, William met with Submariners and the families of Submariners to hear more about their experiences.

William tweeted after the unveiling, “This memorial captures all the elements of the submarine service—the loneliness of separation, the anticipation of return, the fortitude and the sacrifice.”