Milestones of a Monarch: the wedding of the Duke and Duchess of Sussex 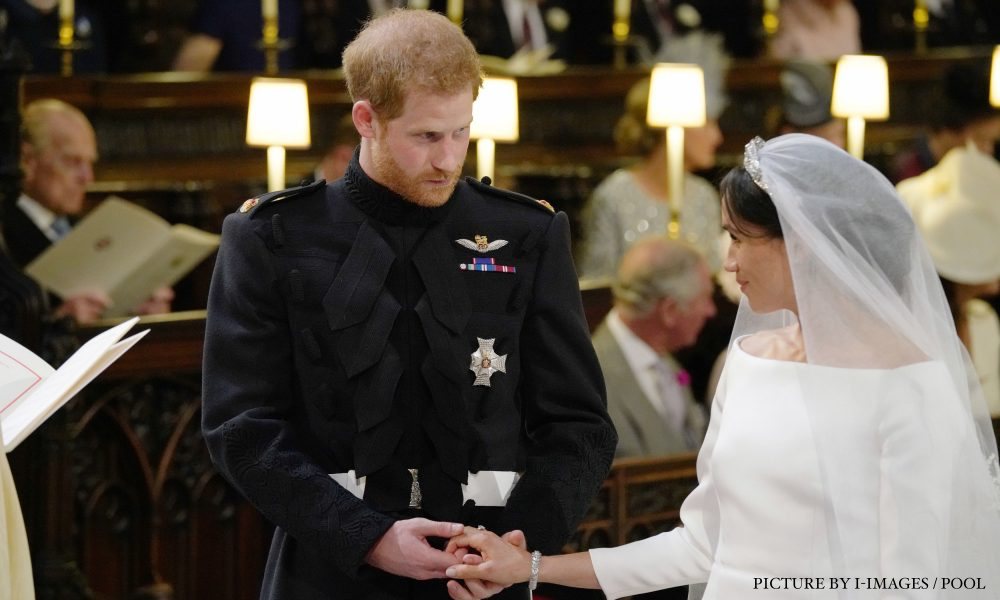 The Queen’s devotion to family has always been on full display, and that was the case when her grandson Prince Harry was married in 2018 to Meghan Markle.

Harry and Meghan, who were married at St George’s Chapel at Windsor Castle on 19 May 2018, had begun dating in July 2016. They described later how they were set up on a blind date and continued a long-distance relationship while she filmed the television series Suits in Canada, and he carried out royal duties in the United Kingdom.

Their first public appearance as a couple came the following summer when they attended the Invictus Games in Toronto together, and by the fall of 2017, they were living together at Nottingham Cottage at Kensington Palace. On 27 November 2017, Clarence House announced their engagement, and by the end of the year, their wedding date and venue were confirmed.

In their engagement interview, Meghan mentioned how she’d met The Queen “through his lens, not just with his honour and respect for her as the monarch, but the love that he has for her as his grandmother, all of those layers have been so important for me so that when I met her I had such a deep understanding and of course incredible respect for being able to have that time with her. And we’ve had a really—she’s—she’s an incredible woman.”

In the days ahead of their wedding, family drama ensued. Meghan’s father was caught posing for a series of staged photos and then had to undergo heart surgery, missing the wedding entirely (Prince Charles would step in to walk Meghan part-way down the aisle instead); Prince Philip was also hospitalised and required a hip replacement surgery, with his attendance up in the air until the last minute as well.

On the day of their wedding, The Queen—dressed in a floral green and purple coat dress and hat—and Prince Philip—walking unaided into the church—showed up to celebrate the couple. The Queen granted Harry the titles of Duke of Sussex, Earl of Dumbarton and Baron Kilkeel; Meghan assumed the female versions once they were married.

Meghan would later speak about the details of her wedding day, particularly how her choices of tiara and veil were made with respect to The Queen.

In a documentary entitled ‘Queen of the World’ about Her Majesty, Meghan was interviewed along with other members of the Royal Family. She spoke about her Commonwealth-themed veil for the first time, saying: “It was important for me, especially now being a part of the royal family, to have all 53 of the Commonwealth countries incorporated.

Her choice of wedding tiara—Queen Mary’s Diamond Bandeau—was highlighted in the narration for an exhibition of hers and Harry’s wedding outfits at Windsor Castle. Meghan said, “Harry and I had gone to Buckingham Palace to meet with her Majesty The Queen to select one of the options that were there, which was an incredibly surreal day, as you can imagine.”