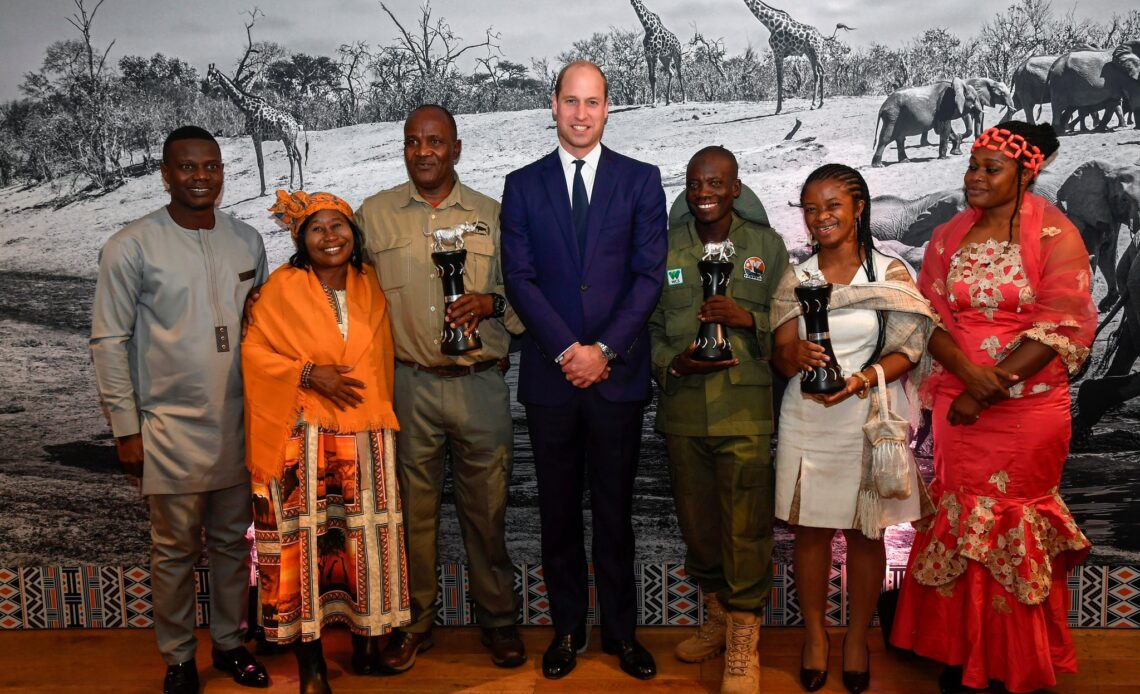 The Duke of Cambridge attended the Tusk Conservation Awards, calling the work of the winners and finalists “deeply humbling.”

William met with the winners and finalists at the BFI Southbank theatre, and said in a speech how the pandemic has had an effect on conservation work in Africa. He said: “Many of the Tusk projects I have been lucky enough to visit have been hugely impacted, particularly where there is a dependence on tourism to underpin their conservation work.

The work that Tusk does has never been more important. I am immensely proud that the charity responded so swiftly to the crisis by launching its brilliant Wildlife Ranger Challenge.  Generously matched by The Scheinberg Relief Fund, the initiative has raised $13m to date and helped secure the employment of some 10,000 rangers throughout this difficult period.”

The three winners were awarded with grants to continue funding their work.

The winner of the Prince William Award for Conservation in Africa was Simson Uri-Khob from Namibia, who has been the CEO of Save the Rhino Trust for 30 years.

The winner of the Tusk Award for Conservation in Africa was Julie Razafimanahaka of Madagascar, the Executive Director of Madagasikara Voakajy, which works to present the extinction of the endemic species of Madagascar.

The winner of the Tusk Wildlife Ranger Award was Suleiman Saidu of Nigeria, who is the Senior Game Guard Ranger at the Yankari Game Reserve.

William said in his speech that Africa is the frontline of conservation work for its “awe-inspiring diversity of fauna and flora” and “natural capital” of forests and savannahs that support the economy, biodiversity, and combatting climate change.

“In the aftermath of the COP26 conference, it is clear that we must see the environment, conservation and climate change through the same prism and not in isolation,” William said, adding that “We owe it to our children and future generations to act now.”