The Duchess of Sussex at 40: a look at her charitable work 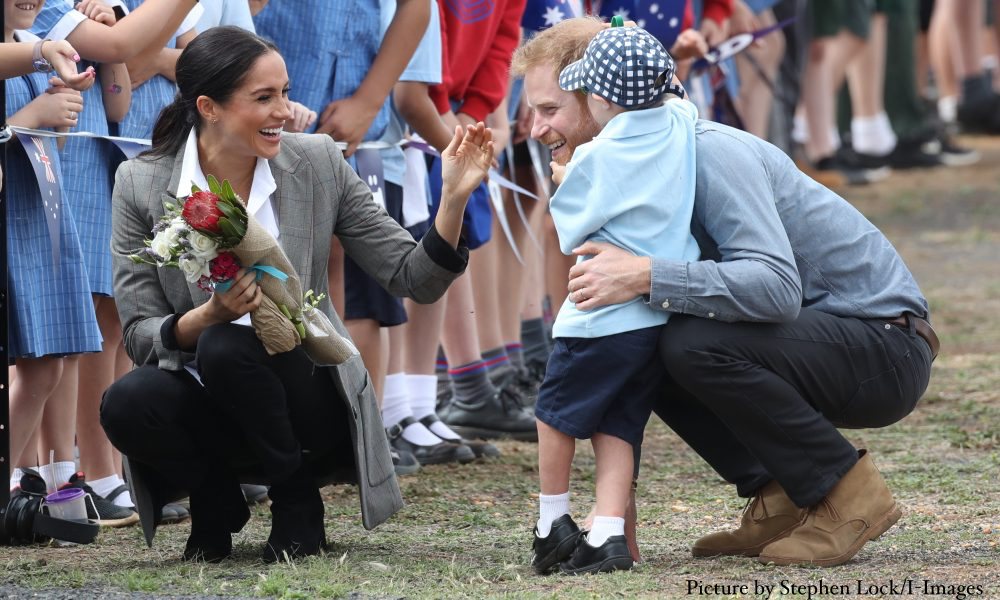 As the Duchess of Sussex celebrates her 40th birthday this week, let’s take a deep dive into her lifelong commitment to charity work and how she’s used her voice and platform to advocate for her chosen causes.

Meghan has spoken at length about how she was inspired and encouraged by her parents from a young age to give back to the community and to stand up for herself and others who needed the support. Her causes include gender equality, women’s rights, access to education, the arts, and supporting each other on a community level.

She has spoken of helping out at soup kitchens and how she wrote letters to get the wording of a dish soap commercial changed, and her charitable work continued into adulthood.

As an actress, Meghan used her platform to perform charity work on a global level. While she wasn’t filming Suits or other projects, she worked with World Vision, One Young World, and the USO (the United Service Organizations, which provides live entertainment to troops stationed around the world), among other organisations.

Meghan became a Global Ambassador for World Vision, and in 2016, travelled to Rwanda to see how the access to clean water at the Kabeza Borehole impacted the children in the area. The Kabeza Borehole provided clean drinking water to over 1,000 people.

Meghan also visited the nearby Mbandazi Primary School to see how water wells and latrines built by World Vision had a positive impact on students. She would say: “I think there’s a misconception that access to clean water is just about clean drinking water; which, of course, it is. But it’s so much more than that. Access to clean water in a community keeps young girls in school because they aren’t walking hours each day to source water for their families.”

She would later travel to India on behalf of World Vision to advocate for access to education for girls. She saw the work of the Myna Mahila Foundation firsthand and later wrote an op-ed for Time about menstruation called “How Periods Affect Potential.”

In the article, she advocates for destigmatising menstruation and recognising the need to inspire girls and women globally. She wrote: “Beyond India, in communities all over the globe, young girls’ potential is being squandered because we are too shy to talk about the most natural thing in the world. To that, I say: we need to push the conversation, mobilize policy making surrounding menstrual health initiatives, support organizations who foster girls’ education from the ground up, and within our own homes, we need to rise above our puritanical bashfulness when it comes to talking about menstruation.

“Wasted opportunity is unacceptable with stakes this high. To break the cycle of poverty and to achieve economic growth and sustainability in developing countries, young women need access to education. When we empower girls hungry for education, we cultivate women who are emboldened to effect change within their communities and globally. If that is our dream for them, then the promise of it must begin with us. Period.”

Perhaps her most defining moment as an advocate came when she gave a speech at the United Nations Women’s Conference in 2015.

In one of the most important speeches of her life, Meghan said: “It is just imperative: women need a seat at the table, they need an invitation to be seated there, and in some cases, where this is not available, well then, you know what, they need to create their own table. We need a global understanding that we cannot implement change effectively without women’s political participation.

If anything, Meghan’s charitable nature only grew once her engagement to Prince Harry was formally announced in November 2017.

In their engagement interview with the BBC, she spoke of how she planned to transition from one version of a public figure into another, shifting from a working actress in the entertainment industry to a full-time member of the Royal Family whose work now consisted of charitable causes and supporting the Firm.

Meghan spoke about how she looked forward to focusing on “the causes that have been very important to me” than she could devote more energy to, and how she felt responsible for using her voice and position for the greater good.

“And at the same time, I think in these beginning few months and now being boots on the ground in the U.K. I’m excited to just really get to know more about the different communities here, smaller organizations we’re working on the same causes that I’ve always been passionate about under this umbrella. And also being able to go around the Commonwealth, I think, is just the beginning of that.”

After her wedding in 2018, Meghan announced that she would become the patron of four organisations: Mayhew, an animal rescue charity; Smart Works, a charity that supports women who need professional clothing to help them gain employment; The Association of Commonwealth Universities, an inter-university network of over 500 universities in the Commonwealth; and the Royal National Theatre.

She also became Vice President of The Queen’s Commonwealth Trust while Harry served as President.

Meghan’s ethos to charity work as a member of the Royal Family stemmed at the grassroots level, and she was drawn to organisations that focused on community and helping each other. In a statement announcing her patronage of Smart Works, Meghan said, “The reason I was drawn to Smart Works is that it reframes the idea of charity as community. It’s a network of women supporting and empowering other women in their professional pursuits.”

Following their announcement that they would step down as full-time working royals in 2020, Meghan and Harry were required to step down as royal patrons of certain charities, though Meghan retains her patronage of Smart Works and Mayhew.

In October 2020, the couple officially launched their new foundation, Archewell, which plans to drive, through their “non-profit work, as well as creative activations…systemic cultural change across all communities, one act of compassion at a time.”

The couple had started a separate royal foundation back when they were still working royals, Sussex Royal; however, it was closed down in the aftermath of their stepping back from royal duties.

Their work so far through Archewell has included high-level charitable partnerships, including one with José Andrés’s World Central Kitchen. This partnership saw Archewell financially support the building of four Community Relief Centres that will act as ‘quick-activation kitchens’ in various countries. Three have already been built in Mumbai, Puerto Rico and Dominica, with four yet to be announced.

Archewell has also partnered with other organisations to support community-based and compassion-based projects and frequently works with those who support women, mental health and sports initiatives.

The couple signed production deals with Netflix and Spotify that will see Sussex-produced content arriving on these channels in the near future. Harry and Meghan currently have a docuseries about the Invictus Games and an animated series about a young girl meeting inspiring historical women on the docket at Netflix through Archewell Productions.

Though no podcasts have currently been announced through their deal with Spotify, the couple recorded a short holiday episode at the end of 2020 and have hired key media personnel to run Archewell Audio.

Meghan also used her platform to support victims of the Grenfell fire through the release of a cookbook to raise funds for their kitchen; supporting elephants in Botswana through the narration of a Disney Nature documentary; and helped pass out supplies in Los Angeles in the midst of the global pandemic.

Her commitment to charitable work has been a lifelong endeavour. It will be interesting to see how she further uses her platform.