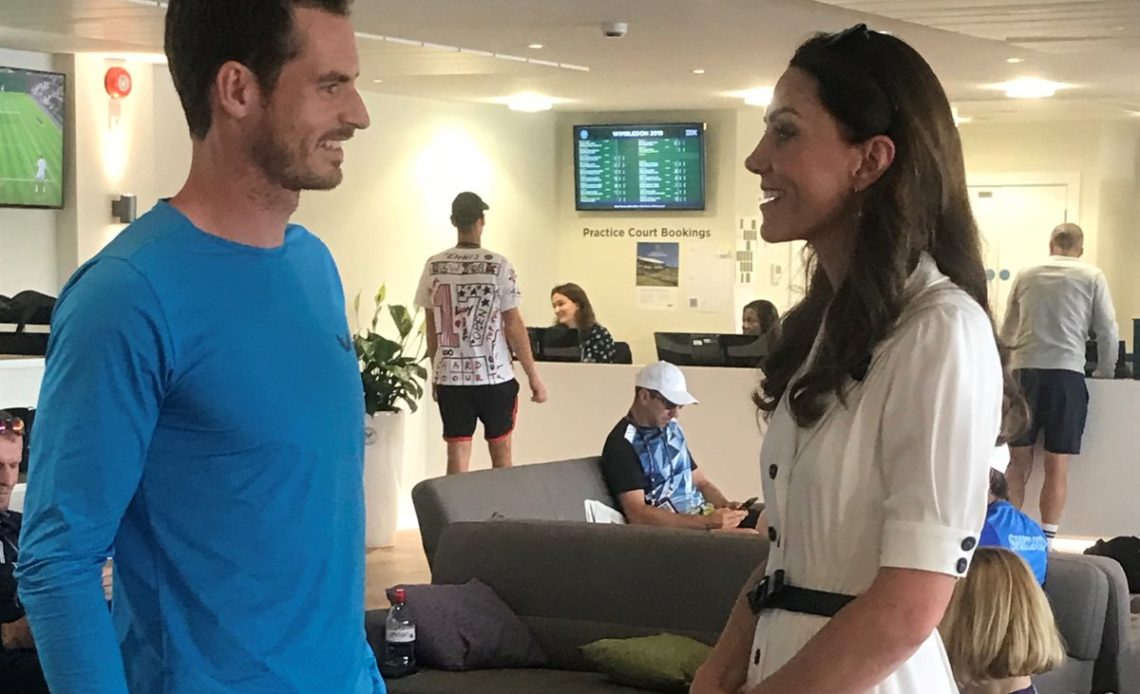 The Duchess of Cambridge with Andy Murray. Photo: Kensington Palace/Twitter

The Duchess of Cambridge has narrated a video for Wimbledon on what would have been the opening day of the iconic lawn tennis tournament.

“Three-hundred-fifty days, 14 hours, and 12 minutes between the last ball hit and when the next was meant to be,” Kate’s narration begins.

“Over the years, your support has shaped this historic event. No matter the time of day nor the names on the scoreboard, you have always been there come rain or shine.

“This year, though, things are very different. But we will bide our time until we sit at the edge of our seats again, and celebrate again. So, when the time is right, and we open the gates, we will be back again, and it will have been worth the wait.”

The Championships were cancelled this year due to COVID-19, the first time the tournament has been cancelled since the Second World War.

Kate became Patron of the All England Tennis Club, the club that hosts Wimbledon, in 2016, taking over from The Queen.

In an interview with the BBC in 2017 ahead of the tournament, the Duchess of Cambridge said that Wimbledon was a key part of her childhood memories. “I was really taken by [Andre] Agassi and [Pete] Sampras, [Goran] Ivanisevic and Steffi Graf. Those are my first memories.”

She continued, “Being able to go into Wimbledon and be part of an amazing atmosphere is special. It inspires young people, including myself. Every time Wimbledon is on, I am thinking, ‘Yes, I could do the same,’ and get out the racket. Sadly, not the same results.”

Kate has attended Wimbledon matches every year since becoming a member of the Royal Family except for 2013 when she was heavily pregnant with Prince George. Last year, the Duchess presented the Wimbledon trophy for the first time, to men’s winner Novak Djokovic, who won the tournament for the fifth time.

Next year’s Wimbledon tournament is scheduled to take place 28 June to 11 July.