The Countess of Wessex participates in virtual royal tour of Libya 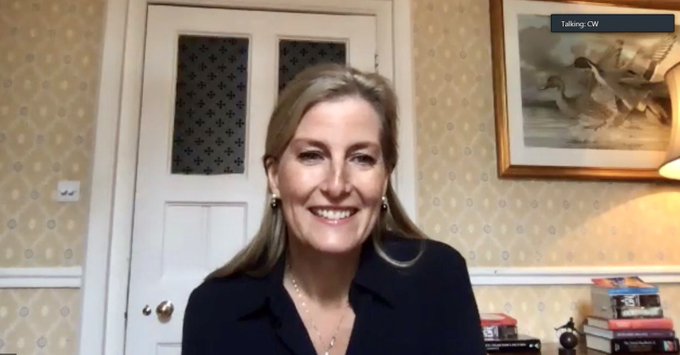 The Countess of Wessex has undertaken an important royal engagement on behalf of the Foreign, Commonwealth, & Development Office. The Countess participated in engagements related to the Libyan Political Dialogue Forum, which was launched on 26 October by Stephanie Williams, the acting head of the United Nations Support Mission in Libya. The goal of the Forum is to promote stability and democratic elections in Libya.

Speaking virtually in conjunction with James Cleverly, Minister of State for the Middle East and North Africa on October 28th 2020, the Countess showed her support for an end to the ongoing conflict there by meeting with peacebuilders, refugees, and prominent members of civil society to discuss the wide range of issues affecting women in Libya.

The Countess was joined by ambassadors and deputy ambassadors from the United States, France, Italy, Canada and other nations to discuss the role of women in the peace process. She also took a virtual tour of Community Day Centre (CDC), which is run by the UN’s High Commission for Refugees. The CDC provides crucial healthcare services for refugees, including psychological support. The Countess spoke with women refugees and asylum seekers and learned more about the assistance they were receiving from the UN.

In March 2020, she became the first member of the Royal Family to visit South Sudan, where she met survivors of sexual violence. She also met with senior politicians and peacebuilders to discuss their work promoting gender equality and empowerment.

Last week, Libya’s two warring factions signed a permanent ceasefire agreement at the United Nations, a move that was hailed as an important step by British Foreign Secretary Dominic Raab.