The Coronation of Elizabeth II: a symbolic bouquet 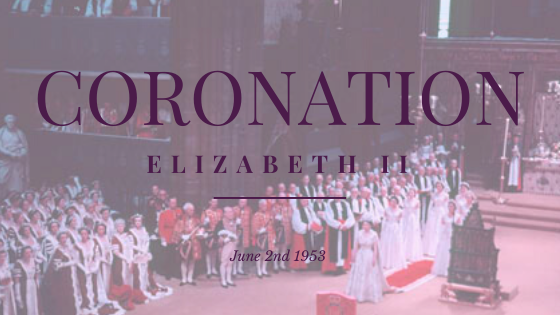 By BiblioArchives / LibraryArchives from Canada, CC BY 2.0, Wiki Commons

The Coronation of The Queen, on June 2nd 1953 at Westminster Abbey, was hailed as the start of a new Elizabethan Age. The Monarch’s Coronation dress, created by Norman Hartnell, was a masterpiece of symbolism that has become an historic artefact. But there was just as much significance in the bouquet of flowers carried by Elizabeth II on the day she was crowned Queen.

While the famous gown was white and gold, with hints of pastel embroidery amongst its folds, the flowers chosen by the Monarch were one colour only. White. The contrast with the gilded gown was significant and helped the bouquet stand out amidst the opulent settings of the day.

However, it was the blooms used that held real meaning. There was a floral symbol of all four parts of the United Kingdom in the bouquet. England was represented by orchids and lilies of the valley while stephanotis symbolised Scotland. For Wales, there were more orchids grown in the principality while carnations were used to symbolise Northern Ireland with some of these blooms also chosen for the Isle of Man.

Orchids were also personally significant to the new Queen who had carried a collection of the blooms in her wedding bouquet.

The Queen’s Coronation Bouquet was designed and created by Longman’s Florists under the leadership of Martin Longman. On the 60th anniversary of the Queen’s Coronation, his son created a replica of the bouquet which was presented to Elizabeth II by the Worshipful Company of Gardeners. David Longman used photographs and paintings from the time to produce an exact copy of the famous arrangement which was handed over to the Queen at Buckingham Palace on May 30th 2013.

Photographed against the backdrop of her throne, it became another symbol of this most significant day in the record breaking reign of Elizabeth II.