Royal Wedding Rewind: the duchess who refused to wear white for her wedding 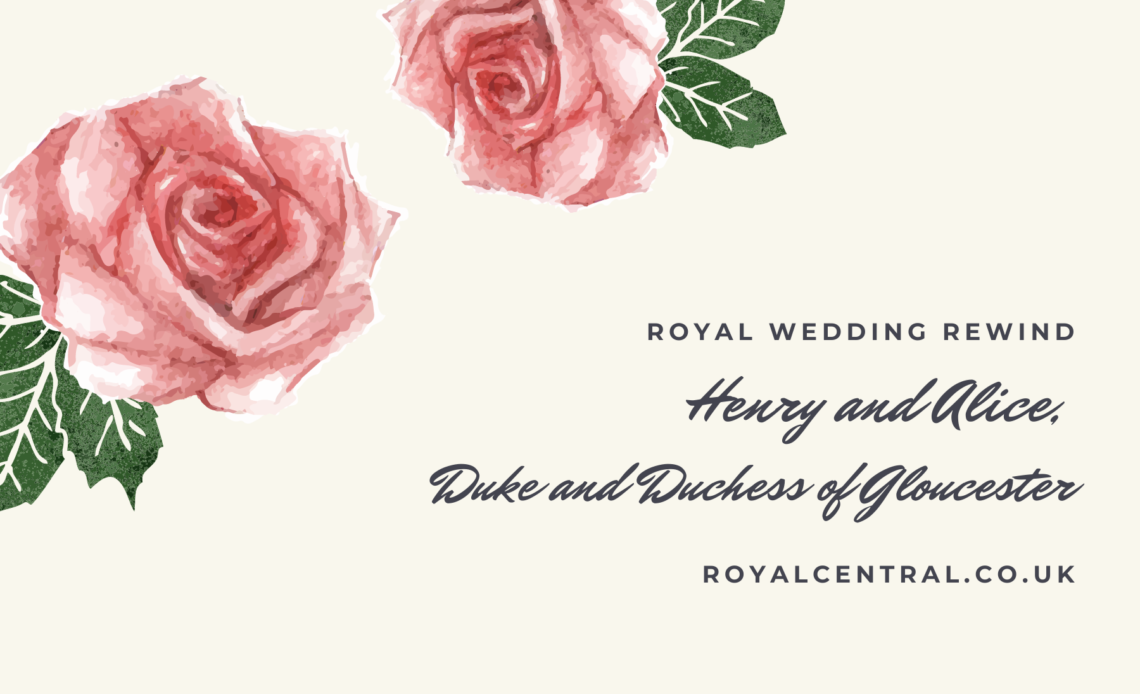 It was a low key royal wedding, set against a backdrop of family illness and impending drama. But the marriage of Prince Henry, Duke of Gloucester and Lady Alice Montagu Douglas Scott, on November 6th 1935, began a royal partnership that would become a bedrock for the House of Windsor as it faced some of its most challenging times.

Prince Henry, third son of King George V and Queen Mary, had developed a reputation as a rather shy, stubborn man more interested in the military than matrimony by the time he announced his plans to wed. Lady Alice, daughter of the Duke and Duchess of Buccleuch, had spent several years overseas but returned to Britain when her father became seriously unwell. In the early summer of 1935, she found herself repeatedly in Henry’s company and as summer came to an end, they announced their engagement.

Alice later recalled the proposal had been far from romantic, writing in her memoirs that Henry ‘’mumbled it as we were on a walk one day.’’ But both had other things on their mind. Alice, then 34, knew that her father was dying. Henry, aged 35, was also aware of his own father’s deteriorating health and the increasingly real possibility that his eldest brother, Edward, might take the throne sooner rather than later, still unmarried and with no heir of his own. A wedding date was set for November 6th 1935.

By the time the day arrived, the Duke of Buccleuch had passed away. His death, on October 19th 1935, meant the grand celebration planned at Westminster Abbey was no longer possible. Instead, Henry and Alice were married in the Private Chapel of Buckingham Palace in front of just over 100 guests by the Archbishop of Canterbury, Cosmo Gordon Lang.

The bride arrived accompanied by her brother, the new Duke of Buccleuch, and eight bridesmaids, among them her groom’s nieces, nine year old Princess Elizabeth and five year old Princess Margaret. They were in cream satin dresses with gold sashes and golden garlands for their hair. The bride, however, went for a far more innovate gown.

For while Lady Alice’s wedding dress, designed by Norman Hartnell, was simple and modest, it wasn’t white. The bride chose instead to marry wearing a very pale shade of pink. The dress featured a high neckline with a posy of artificial orange blossom, long sleeves, a fitted bodice and a gently draped full length skirt. However, the changes that had befallen Alice’s wedding plans were evident in the train which had been designed to fill the aisle of Westminster Abbey. The bride also wore a tulle veil but no tiara, choosing instead a headpiece decorated with crystals. Her bouquet was made up of white roses and lily of the valley with the traditional myrtle, taken from a bush grown by Queen Victoria at Osborne House, tucked amongst the blooms.

Henry and Alice appeared on the balcony of Buckingham Palace during their reception before heading off to Northamptonshire for their honeymoon. On their return, they began royal duties, and within months took on more responsibility. King George V died on January 20th 1936, less than three months after their marriage, and within a year, Edward VIII, gave up his throne to marry Wallis Simpson. Henry’s older brother, Bertie, became King George VI and the new Duke and Duchess of Gloucester became mainstays in the monarchy that he and his queen, Elizabeth, worked so hard to steady.

Alice, Duchess of Gloucester said she had always wanted to be useful and her royal role gave her that opportunity. This low key royal wedding, on a cold November day for a family in mourning, would prove to be a milestone for the House of Windsor.