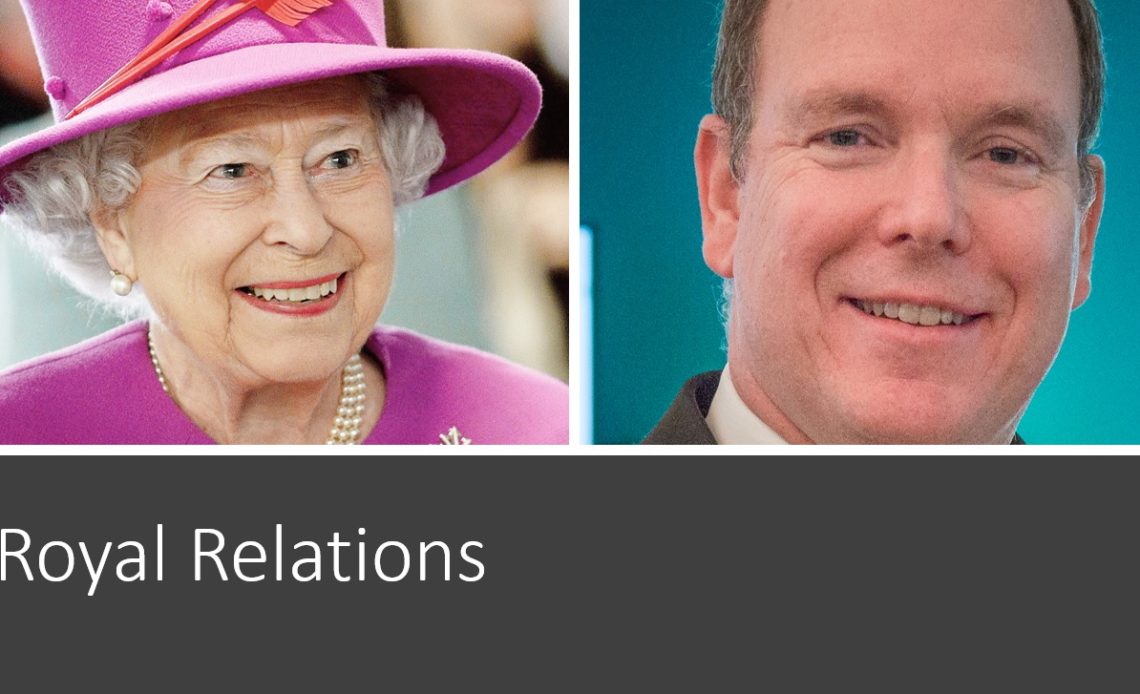 While some links between royal houses are well known and rather close, others are a little more distant and perhaps all the more interesting for that. Royal Central’s summer series looking at royal relations across Europe turns today to Monaco and the United Kingdom. And although the links between Albert II and Elizabeth II might be stretched, they are still there.

The connection between the House of Windsor and the House of Grimaldi begins in the 19th century when Albert I, Prince of Monaco married a British aristocrat called Lady Mary Victoria Hamilton. Her father was the 11th Duke of Hamilton and her mother was a German princess, Marie of Baden. Marie provides the first link between Albert II and Elizabeth II.

But there is another, even older link between the two houses and again it comes from Lady Mary Victoria. Her father William was an important Scottish peer, and descended from Mary, eldest daughter of James II of Scotland (1437 – 1460). James II’s son, James III, was the direct ancestor of all later Scottish monarchs including Mary, Queen of Scots whose son, James VI, in 1603 united his country’s crown with that of England where he was known as James I. His direct descendant is Elizabeth II.

The woman who provides these links, Lady Mary Victoria, actually spent very little time in Monaco. Her marriage to Albert I was an arranged one and the couple met for the first time around a month before their wedding, which took place at the fabulously romantic Chateau de Marchais in France. Their only child, Louis, was born a year later, but Mary Victoria began to dislike her life in Monaco, and she eventually left her husband. Their marriage was annulled in 1880, nine years before Albert became Monaco’s Sovereign Prince.

Two very distant links but enough to allow the current rulers of the House of Windsor and the House of Grimaldi to call each other cousins. If you want to find out more about how royal houses across Europe are linked to one another, Royal Central’s Assistant Editor Moniek Bloks has written a book about Carolina of Orange-Nassau, ancestress of many modern kings, queens, princes and princesses which is available worldwide!